Every time a fighter courageously steps foot in the ring, they literally put their life at risk. The majority of those brave boxers make it back home safely to their families once the final bell sounds and the bouts come to an end.

But for the tragic minority, the worst can
happen inside the squared circle. For some, the consequences from a life in prizefighting
has been fatal.

It’s estimated that between 1890 and 2011, 1,604 boxers lost their lives as a direct result of injuries sustained in the ring, with that working out at an average of 13 per year.

Here, we remember some of the incredibly valiant
warriors who tragically died in the ring or from injuries sustained during
their fights throughout boxing history. 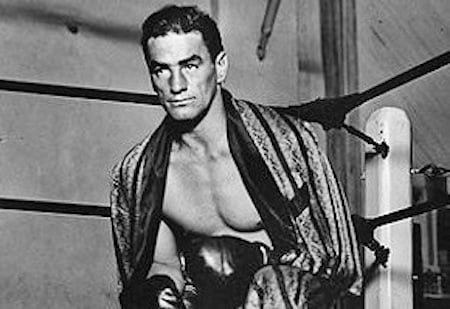 After dropping future heavyweight champion Max Baer in the second round (but being ruled a slip), Italian-American Frankie Campbell turned his back and walked to the ropes.

Baer had got to his feet and proceeded to land a thumping right hand to the side of his opponent’s head.

Campbell would tell his corner, “Something feels like it broke in my head.”

He battled through until the fifth round, when he took a sustained beating from the Nebraska-native before the referee finally intervened.

The fallen fighter sadly died hours later in
hospital from a double cerebral haemorrhage. Baer was taken into police custody
for manslaughter, with a $10,000 bail imposed, but charges were later
dismissed.

Referee Toby Irwin and the corner teams of both combatants
were suspended for a year. 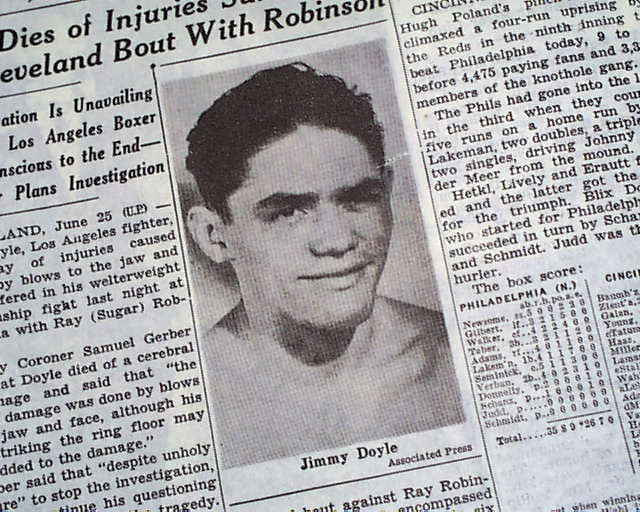 The first death suffered by a boxer in a world
championship bout since the 1800s. Sugar Ray Robinson dreamed he killed Jimmy
Doyle in the ring the night prior to their Cleveland clash for the welterweight
crown.

Shaken by this he pushed for the fight to be
cancelled, with the commission even acquiring a Catholic priest to reassure Robinson over
his fears.

A 22-year-old Doyle suffered an eighth-round knockout loss and never regained consciousness; tragically passing away in a local hospital after undergoing surgery.

Having predicted this fatal tragedy, Robinson set up a fund from his subsequent bouts which went to Doyle’s parents.

Asked if it “was his intention to get Doyle in trouble”, arguably the greatest fighter ever replied: “Mister, it’s my business to get him in trouble.” 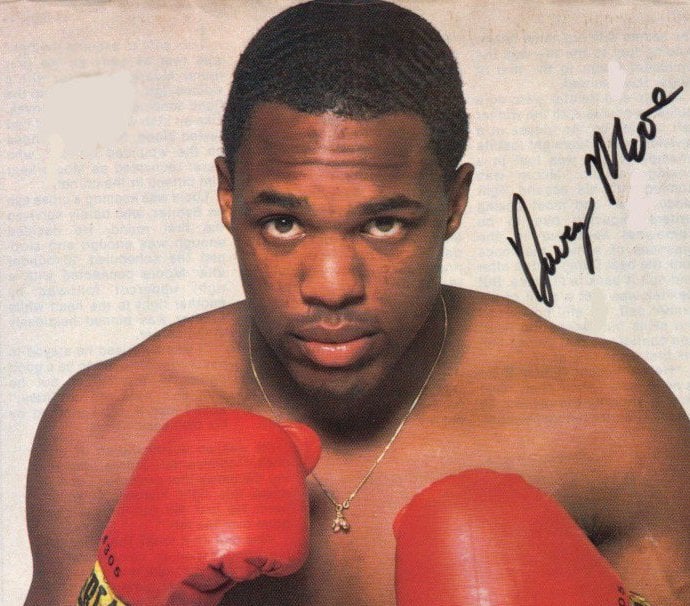 A ring fatality which inspired Bob Dylan to pen
a song questioning its responsibility and led Pope John XXIII to slam boxing as
a “barbaric” sport.

Davey Moore was sent to the floor awkwardly in
the 10th round of his featherweight title showdown with Sugar Ramos, worryingly
landing on his neck on the bottom rope.

Somehow he was able to rise and finish the round on his feet before the referee halted proceedings.

The Kentucky-born champion unfortunately lost a
lot more than just his title after a gruelling encounter; falling into a coma
in his dressing room which he never emerged from and dying 75 hours later in a
hospital bed. 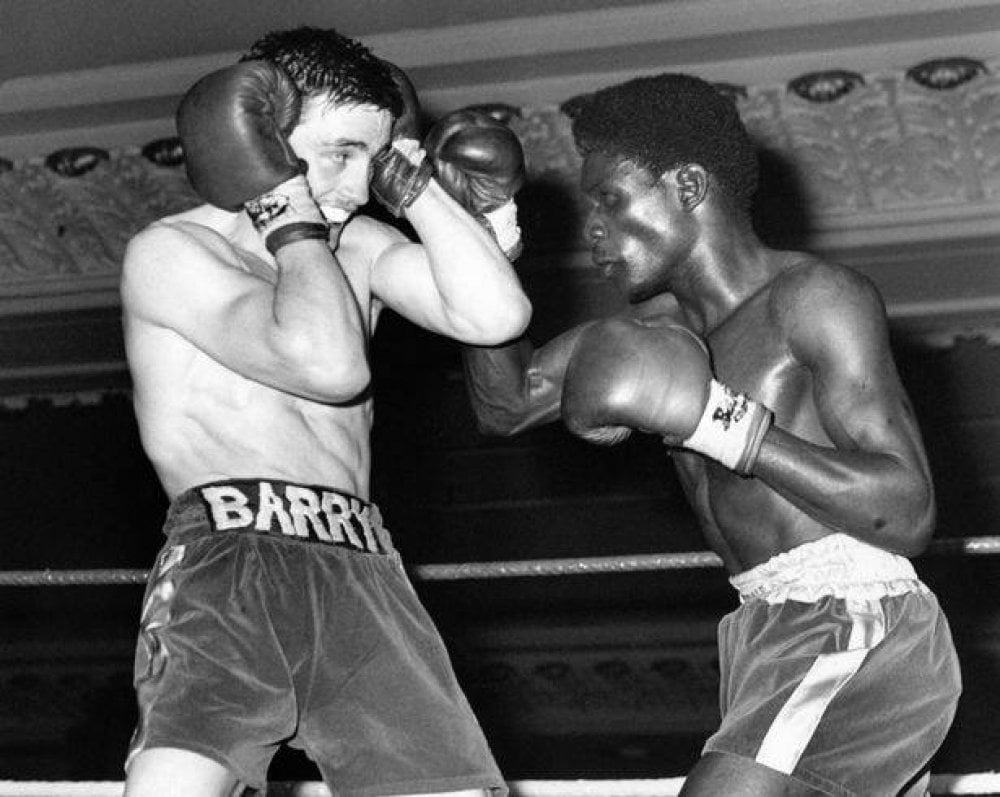 Following Irishman Barry McGuigan’s sixth-round
stoppage success over Young Ali, his tough Nigerian opponent fell into a coma
in London after being stretchered out of the ring.

Ali, whose real name was Asimi Mustapha, was placed on a life support machine but would later pass away at his home, being survived by his then-pregnant wife.

Decades later, Clones’ former world featherweight
champion admitted he is still haunted by that ill-fated night in the English
capital.

On his crowning night in 1985, when beating Eusebio Pedroza to become champion, he dedicated his triumph to his past fallen rival. 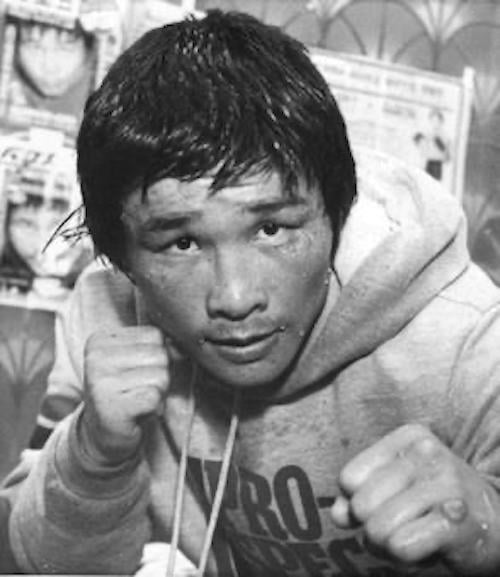 In what ultimately resulted in one of the most significant fights in boxing history, South Korean warrior Kim Duk-koo went toe-to-toe with American Ray “Boom Boom” Mancini.

Minutes after the conclusion, Kim collapsed in a
coma and was immediately taken to hospital. He underwent emergency brain
surgery and died four days after the bout.

Mancini’s 14th-round KO win prompted reforms aimed at improving the protection of boxers’ health, with the main decision being to reduce championship bouts from 15 rounds to 12.

One of the more modern day fight fatalities, with light-heavyweight contender Roman Simakov sadly collapsing in the ring after his loss to Sergey Kovalev and later dying from brain injuries. 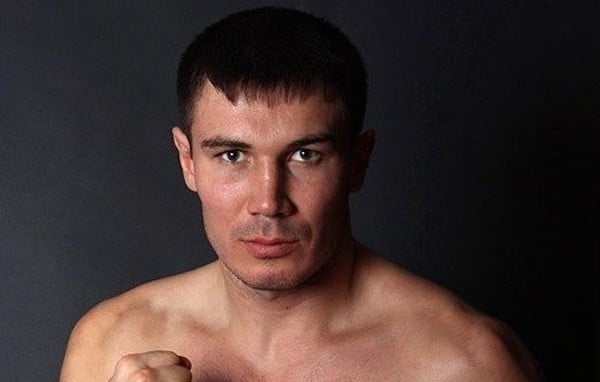 The man known as “The Krusher” swiftly reached
out to assist his fallen opponent’s mother financially but has always limited
comments regarding the tragic incident with media.

His manager Egis Klimas was aware that Simakov’s family still blamed him for what happened, meaning he was talked out of attending the funeral, and it took “considerable time” convincing Kovalev it wasn’t his fault. 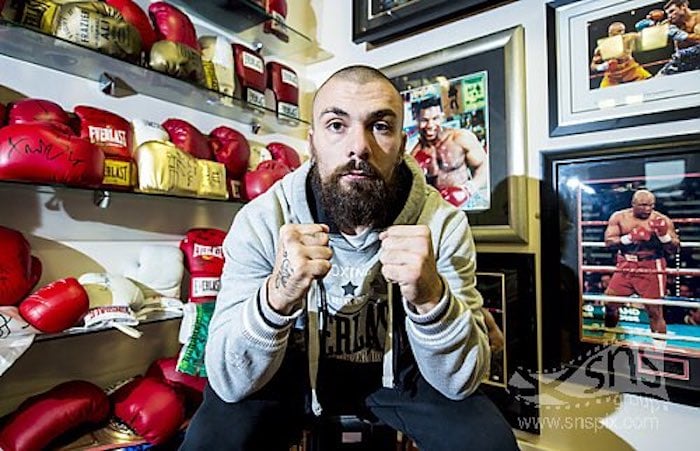 A British welterweight title eliminator in
Glasgow took a fatal turn when Dale Evans stopped Mike Towell in the fifth
round of a scheduled 12 bout.

Home fighter Towell, born in Dundee, was immediately taken to hospital where it was discovered he had a serious brain bleed which ultimately led to his tragic passing soon after.

A “heartbroken” Evans revealed a meeting with Towell’s mother gave him personal strength and comfort.

While there is no way of truly consoling
families involved in such terrible instances, the financial burden was eased
with the help of many within the sport, such as Ricky Hatton.

A ‘Justgiving’ page set up in light of Towell’s
tragic death raised over £50,000, as well as other contributions from within
the boxing world. 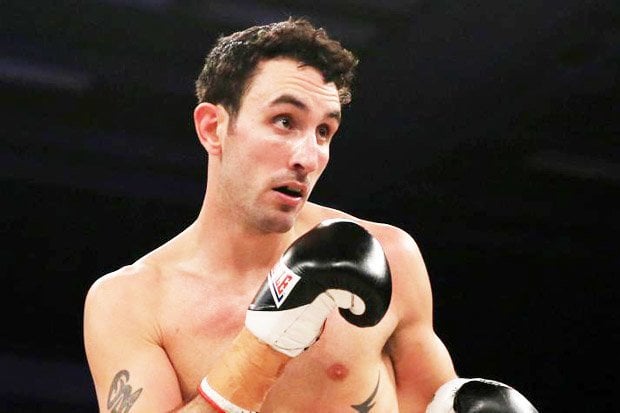 It should have been a cause for celebration for
Scott Westgarth after overcoming Dec Spelman in a light-heavyweight meeting in
Doncaster.

But it quickly became a tragedy as the
31-year-old was rushed to hospital following the 10 rounds shared before dying
just two days later.

His opponent that night has since developed a
close relationship with Westgarth’s family, stating: “There could have been resentment, but luckily
they have been understanding. They have been great with me ever since.” 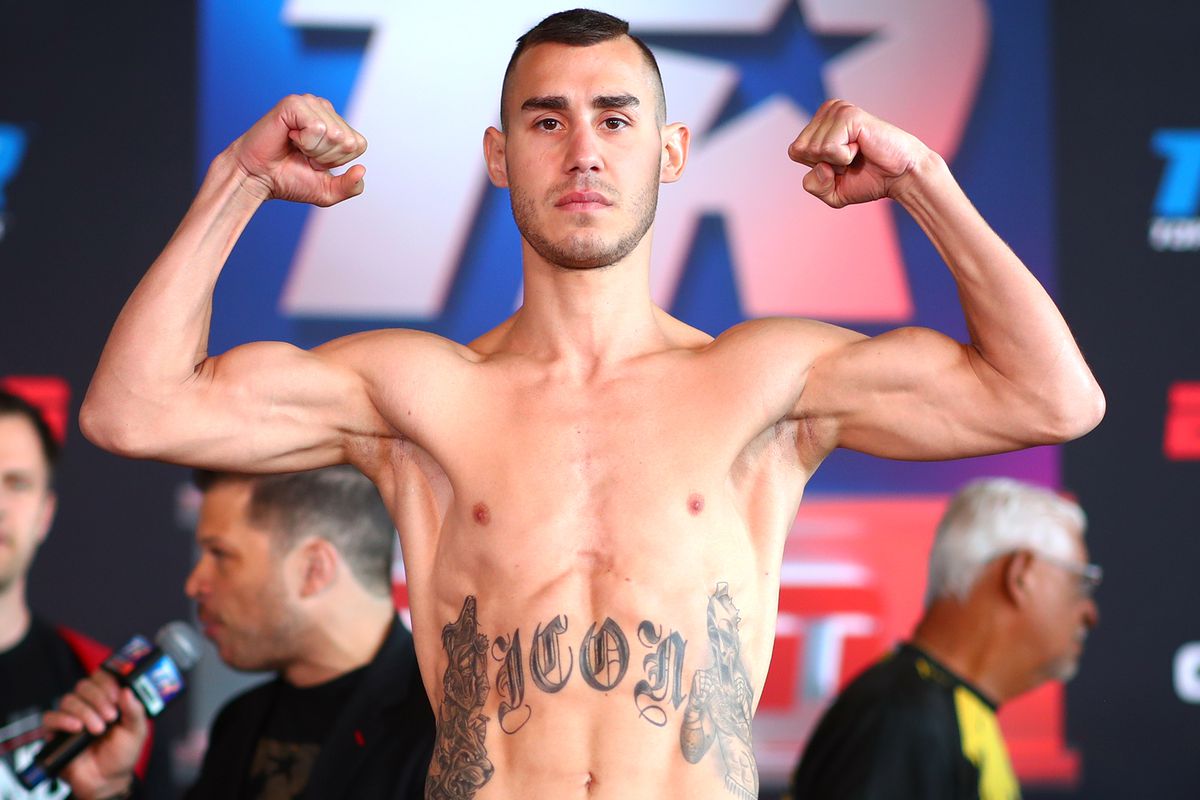 Esteemed trainer Buddy McGirt pulled his fighter out of proceedings in the 11th round after pleading: “Please, Max, please” in the corner.

The American said he “could not convince” his man to quit, so had to take the situation into his own hands.

Dadashev was hospitalized with a brain bleed after being unable to walk to his dressing room. He sadly died following surgery.

A fund was set up for his young son Daniel and
wife Elizaveta, who vowed that her brave husband would give her the “power to live.” 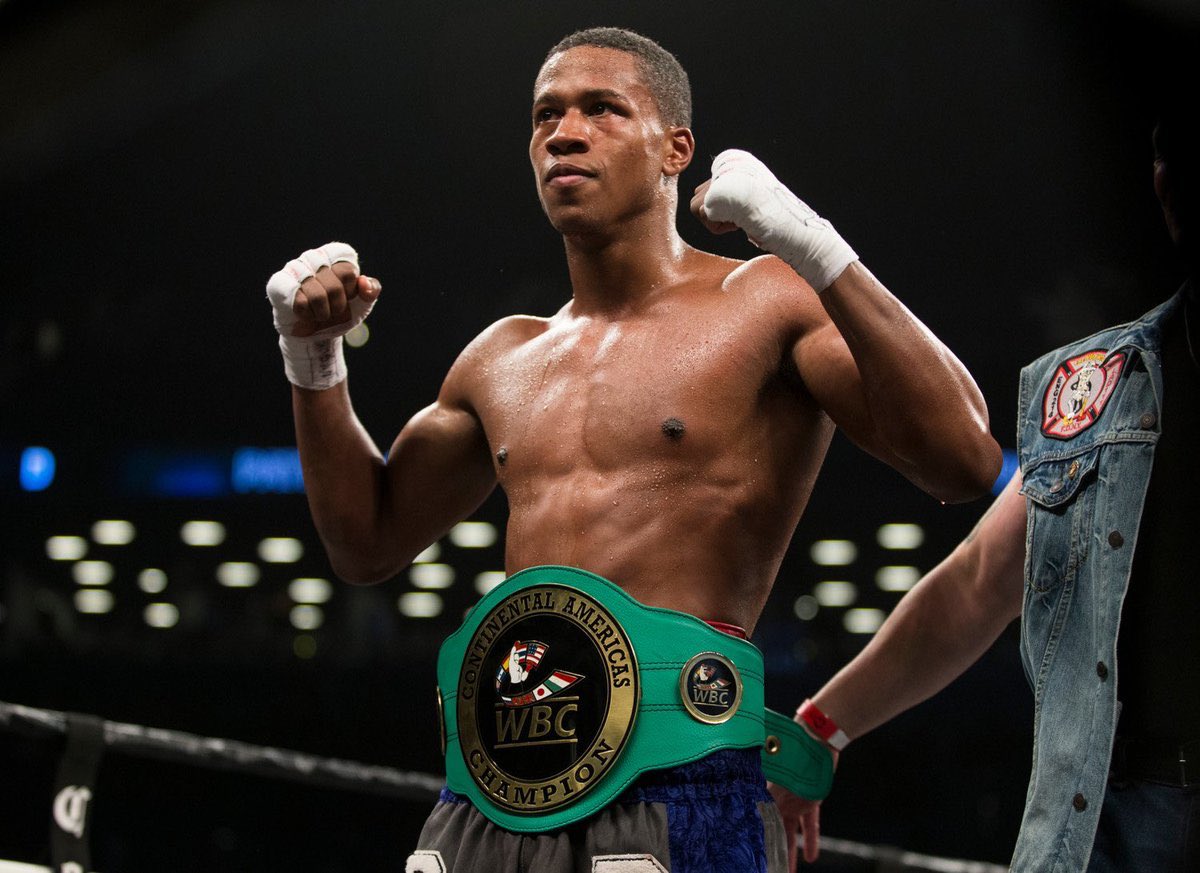 It was a tragic year for boxing across 2019,
with several fighters losing their lives following ring injuries. Patrick Day
was another unfortunate victim.

The American was forced to undergo emergency brain surgery after his 10th-round knockout loss to Charles Conwell in Chicago, having fallen into a coma.

His promoter Lou DiBella later
announced that Day passed away “surrounded by his family, close friends and members
of his boxing team.”

As boxing fans, we have a bloodlust.

Craving chaos, we desire maximum effort and pure action whenever any man or woman climbs through the ring ropes for battle.

But beyond the spectacle of the fight, it’s sometimes easy to forget the danger and risks associated with each scheduled match-up.

Fatalities are therefore always a painful reminder that boxing is a sport, or business, that is literally a matter of life and death.