A question I’m often asked is, “Have you ever been conned?”

Of course the answer is “yes” – and I’ve even described some examples in these articles.

This surprises some people since I regularly
advocate that knowledge is your best defence against all forms of deception so
if I can be scammed, what chance do people have if they’re not equally obsessed
with cons and scams?

The principles of self-protection are pretty
simple: accept that anyone is vulnerable to the right scam, take an interest in
how cons and scams work and most importantly, get on with your life.

This last piece of advice (“get on with your
life”) is the most important but for many of us, almost impossible.

Fear In The Driver’s Seat

After watching Jaws for the first time,
it’s almost impossible not to hear that ominous theme music the next time
you’re in the water and for some people, that might include the bathtub at home.

Learning about cons and scams can have a similar effect, causing people to query every little interaction or to suspect everyone they meet of being a con artist or imposter.

This can be a real problem and have a severe
impact on your life since trust in others is part of a shared contract with any
type of community where feelings of suspicion can quickly create a negative
atmosphere within a group.

Distrust of others is difficult to conceal and
can be easily sensed by those with whom we interact, leading to conflict or
mutual animosity.

In business, caution and skepticism are
understandable but when entering into any kind of agreement there has to be a
feeling of respect untainted by obvious distrust if that business relationship
is to endure.

The problem isn’t maintaining a healthy degree
of caution, it’s when people (like me) allow their suspicions and fears to
drive every action and interrupt every decision without consideration of others
or themselves. 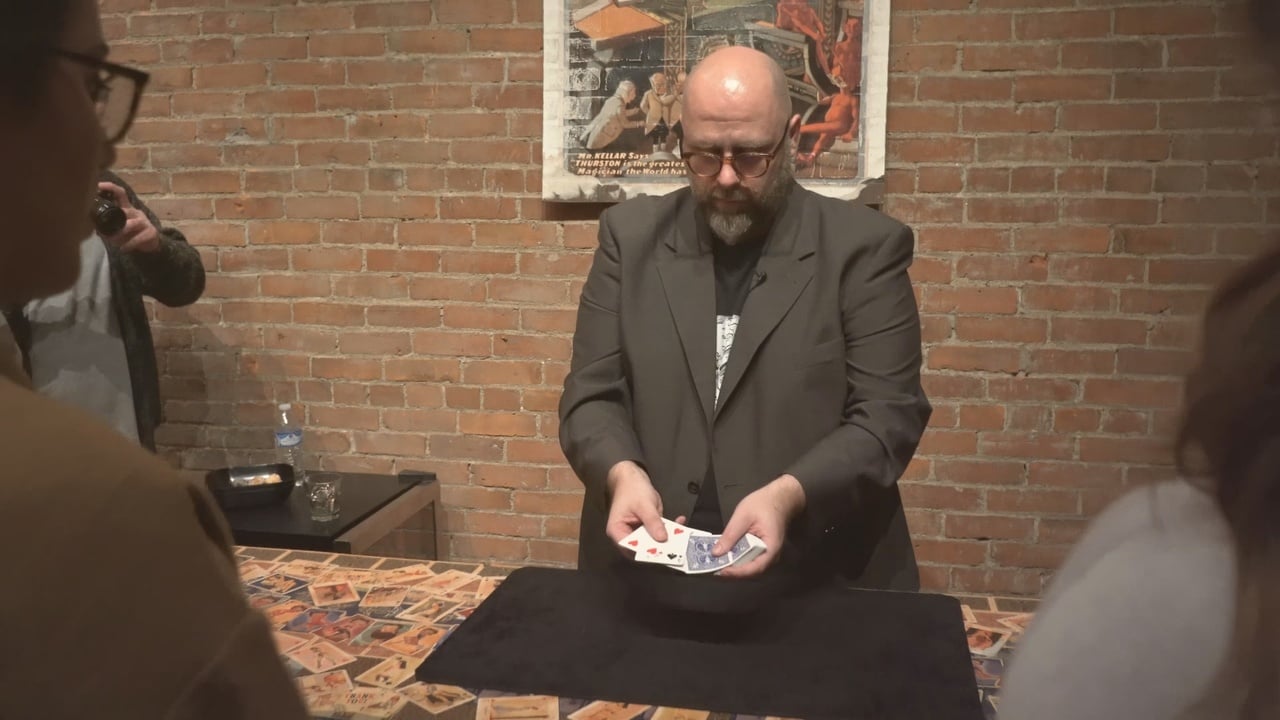 Suspicion is a corrosive state of being that can
poison both sides of any human interaction and I feel it’s important to illustrate
how bad it can get from my own experience.

This is not about being scammed.

It’s about how my over-active suspicions
affected and almost ruined a positive experience.

About 15 years ago I was on a speaking tour of
the United States and before setting off, I had called all of my hosts to
discuss hotel arrangements, travel plans and what types of venue I would be
speaking at.

All was fine until I called my host in Florida.

My agent for the tour understood my requirements
and assured me he had conveyed these to everyone booking my talk but when I
called the Florida contact, I learned the booker was unavailable and had passed
me to a member of their institution to organise the event instead.

Here’s where it all seemed to fall apart.

I immediately switched to ‘alert mode’ as my
contact explained how, instead of a train or plane, he had arranged to have me
driven from my previous engagement in Alabama to Florida, passing me from one
driver to another halfway and then taking me to a small town where I was to be
accommodated at his house instead of a hotel.

This was not the deal at all and to make things
worse, the contact’s wife was yelling at him through the whole phone call!

To be clear, this was not a scam, but it seemed
to be a clear violation of my terms in an attempt to save money (which has
happened before on the speaking circuit) and given the extremely strange travel
arrangements, the lack of a comfortable hotel and the arguing couple who would
be my hosts, I was both suspicious and angry and suddenly on guard concerning
this leg of my tour.

As it turned out, the tour was a lot of fun and
Alabama was a highlight where I got to meet a new friend who had agreed with
the Florida host to drive me halfway and pass me over like a piece of contraband.

Sure enough, a few hours later I met the Florida
host in the car park of a service station and was bundled into his car for the
drive south where I found him to be friendly, funny and amiable but I remained
on my guard and when I arrived at his house, which was both large and lovely, I
learned that the venue for my talk would be his living room!

It got worse since I found that attendees would
also bring their partners and given that a large aspect of my talk was
technical, I knew this was going to be a long, difficult evening and felt
seriously railroaded by the client and my agent.

But what could I do?

As I fumed quietly in my room, I heard people
arrive and my host asked if I wanted to join them for dinner as they had gotten
a local restaurant to cater but I made my excuses and stayed in my room until
it was time to give my talk and get it over with.

When the time came, I found the living area
(which was vast) packed with friendly people, so shrugging off my butthurt I
went ahead and gave my talk, complete with demonstrations but I kept the
technical stuff to a minimum and made it more like a show.

All of them, including their wives and husbands
and partners.

It was a fun night despite all of my fears and
when it was over, my host asked if I had any materials to sell but everything
had been sold before I got to Alabama and I was out of notes and video
materials.

He asked if I had any in storage which I did (in
California) so everyone bought my package and I had it all shipped to my host
to distribute to his members.

After the talk, I realised that this had been a
fun, profitable and positive experience tainted only by my own fear of being
short-changed or swindled, when all I had to do was go along for the ride and
enjoy myself.

As I considered this, my host knocked on my door
and told me the restaurant had delivered fresh food for me since I didn’t want
any earlier.

The food was fantastic and my host’s wife, who
had been yelling at him during our phone call weeks earlier, proved to be a
real class act who made me feel entirely at home.

Not only was it a good speaking event, it was
almost my favourite from that tour and I almost ruined everything due to
unwarranted suspicions and distrust.

A few months later, a fellow speaker had the
exact same experience but he decided to say something before his talk and
complained about the lack of hotel, the venue and the inclusion of partners and
according to my friend, he wasn’t at all polite about it.

The host (who had made me so welcome during my
visit) stopped him and threw him out of the house and he had to walk miles out
of the tiny peninsula town to find transport!

A few months later, I told this friend how my
experience had panned out and he realised that he had actually spoiled a great
event for himself.

This friend and I both have an understanding of
deception and were both wary of others in unfamiliar surroundings but as I’ve
learned, it’s sometimes better to switch off a little and be less careful and
particular and to let life happen without interrogating every little thing that
tries to happen.

It’s a dilemma since this hyper-awareness has
also protected me but I can think of many times when it has made me seem
distant and disconnected.

There’s a necessary skill to balancing healthy
caution with getting on with your life and the last thing I want to advocate is
being more like me in that sense.

But the truth is that some people are out
to get you and you do need to know enough to recognise the signs when you’re in
a scammer’s sights but strangely; the more you know, the more you can relax and
let your subconscious alert you to anything that’s not right.

Otherwise, you’re only a few steps away from walking down the street while avoiding the cracks in the pavement.