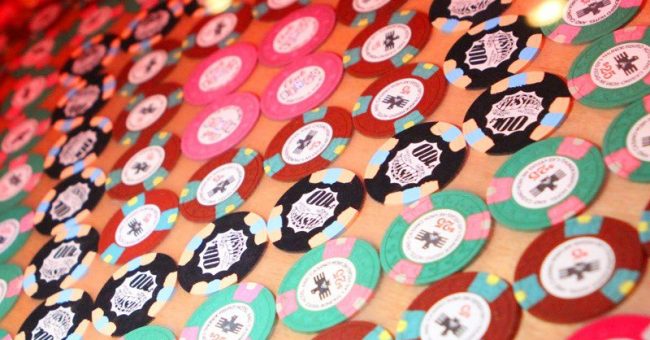 About a decade ago, I was tasked with the
unique job of going through all the floats (the racks that hold the chips) at a
casino I worked for with a UV light.

The cage had discovered that someone had been
passing off counterfeit $100 black checks by playing at the tables. Eventually,
other players were innocently showing up at the cage with them.

In the end, we found 68 of them, mainly on the craps tables.

You might think this kind of thing goes on all
the time but, in reality, making a counterfeit chip is a time-consuming and
almost always futile exercise.

One of the first drawbacks is that every
casino is going to have a different chip. The material, weight, color, and feel
make each casino’s value checks different from its neighbors.

You’d really have to specialize.

And dealing with just one casino makes it
easier to get caught.

Why Fake Chips Are Difficult To Make

Casino chips – also known as checks, cheques
and tokens – are usually made of molded plastic or ‘clay’. As mentioned, they vary
in weight, style, design, markings and color from one casino to the other.

The colors of chips used in casinos are
usually the same, with the value denominations as follows:

However, ask any artist or designer, or just
plan to repaint your home, and you’ll instantly realize that there are more
shades of each of these colors than you can imagine.

So even though all casinos might have green
$25 chips, the exact shade is distinct and can be hard for counterfeiters to
match.

That’s why most counterfeiters start with $1
checks (white) from their target casino. They’re a suitable material and this
helps with weight and feel for counterfeiting higher value chips.

But even then, painting a white chip the
correct shade of black without altering its weight or feel is very difficult.

And it’s not just the black but the color of
the stripes that are on all chips as well.

Even if scammers can match the shades exactly
and remember to check for UV markings and keep the weight and feel similar,
there is still the inlay on each chip.

That has the casino, the denomination and,
depending on the value of the chip, potentially lots of other security features.

From holograms to microdots to color-shifting
ink, high-value casino chips are extremely difficult to reproduce.

Some even have built-in radio frequency transmitters, known as RFID chips, and are frequently found in high limit rooms in Las Vegas and Macau. 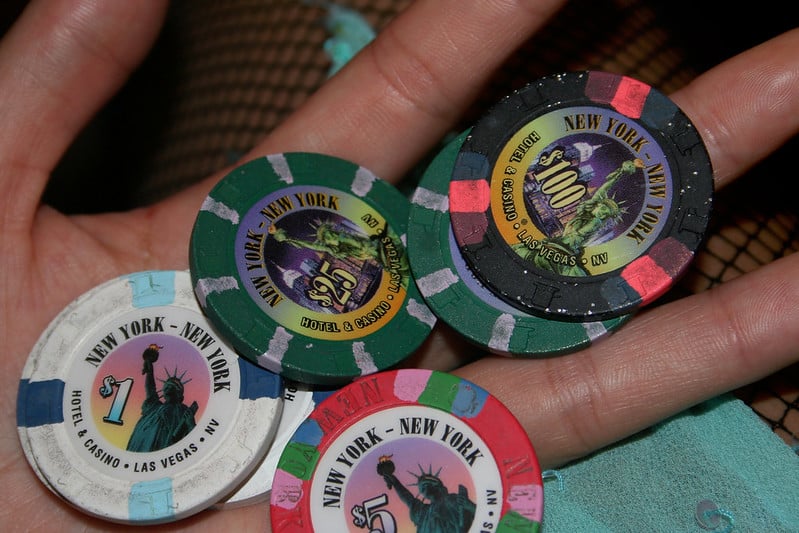 You Will Get Caught And Be Heavily Punished

But in all honesty, the effort required to
make fake chips is not what dissuades most counterfeiters.

Due to Know Your Customer (KYC) and Anti-Money Laundering laws, every casino tracks high-value chips.

Suppose you’re buying in with chips worth more
than $500 or $1,000 (purple or orange). In that case, the floor supervisor
calls surveillance and takes your picture.

The sheer number of cameras and the ability to
go back weeks or even months on surveillance footage to track basically
individual checks should give anyone pause.

Should you attempt to buy in with high-value
chips, casino personnel will try very hard to get your name and ID. Failing at
that will only raise their suspicions more.

If you attempt to buy in or cash out over $10K, the US government requires we obtain your ID and SSN, or you aren’t allowed to play. Other countries have similar money laundering laws.

Getting caught using counterfeit casino chips
can set you up for a variety of felony charges, so if you want to avoid hefty fines
and prison time we suggest you steer clear of this shady business.

$100
Checks Are Counterfeited The Most 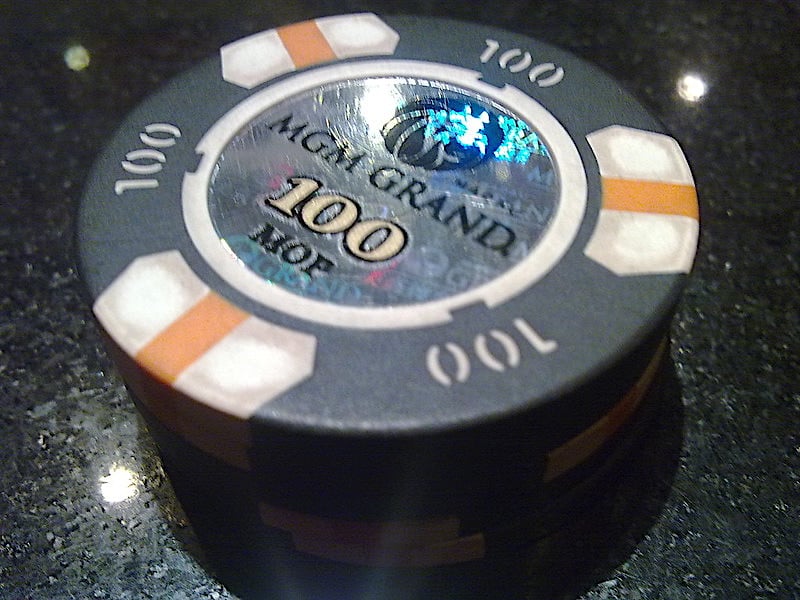 Higher value chips will be noticed quickly and
are very simple to track.

Lower denomination chips aren’t worth the time
of carefully hand painting and replacing the inlays, which is why most
counterfeiters stick to $100 checks.

At one point, the fake inlays were being
provided by companies in Asia on the dark web. You could send them the chip,
and they would print off the inlays.

While this made counterfeiting a bit easier,
it also came with a high cost. Therefore, almost assuring that the $100 chip
was the most targeted.

It’s possible that US Customs, under pressure
from casinos, have shut down some of these operations, or perhaps they’ve just
gone even further into the dark.

Our counterfeiter mentioned at the start had
clearly thought ahead about some things – but not others.

Database queries on players who played craps
with no cash buy-ins narrowed the field, and cameras provided the rest.

The odds of you receiving a counterfeit chip
inside a real casino are vanishingly small.

Still, it is buyer beware outside of the
casino. Counterfeiters over the years have realized the obvious: It’s a lot
safer to pass chips outside of the casinos than in them.

Casino chip scams, especially bait and switch,
where your real chips get switched out for fake ones, have been a problem in
Las Vegas since the city was founded.

Millions of unsuspecting tourists make it a
hot spot for all kinds of cons, but passing counterfeit chips off as real ones
is still a hometown favorite.

The trick here isn’t knowing all of the
security features in all of the chips all over town.

It’s not allowing someone to use your greed to
suspend your disbelief.

Just as you’re not going to fall for that
Nigerian Prince wanting to put millions in your bank account, you also
shouldn’t entertain the notion of buying an orange chip ($1,000) for $700
because the guy doesn’t have an ID to cash it out, or got booted from the
casino and can’t go back in or whatever.

Apparently, one of the more elaborate scams I remember hearing about back in the early ’90s is still prevalent today.

Probably more so in Las Vegas than anywhere
else in the world; if it looks too good to be true, it probably is.

There are a thousand things to gamble on, don’t
make the authenticity of the chips you’re trying to cash in one of them.