The Irish poker drinking
game is really easy to learn and can be played anywhere. All you need is a standard
deck of cards and some other people to play with.

It’s worth noting
that the Irish poker drinking game is not the same thing as Irish poker.

The game we’re covering
today is played for fun, while Irish poker is played for money, and it’s not
very smart or recommended to play for money when drinks are involved.

If you’re looking for a simple and entertaining card game involving
drinking, this one is as good as they get.

How To
Play The Irish Poker Drinking Game

The great thing
about this game is that you can play anywhere and anytime, as it doesn’t
require much preparation. You can also learn how to play in minutes.

As mentioned, you’ll just need one standard deck of cards and some other players.

With just one deck,
up to 13 people can play, so if you want to play with a bigger group you’ll
need another deck of cards.

Let’s imagine you’re playing in a group of
four.

Here’s how a typical game goes: 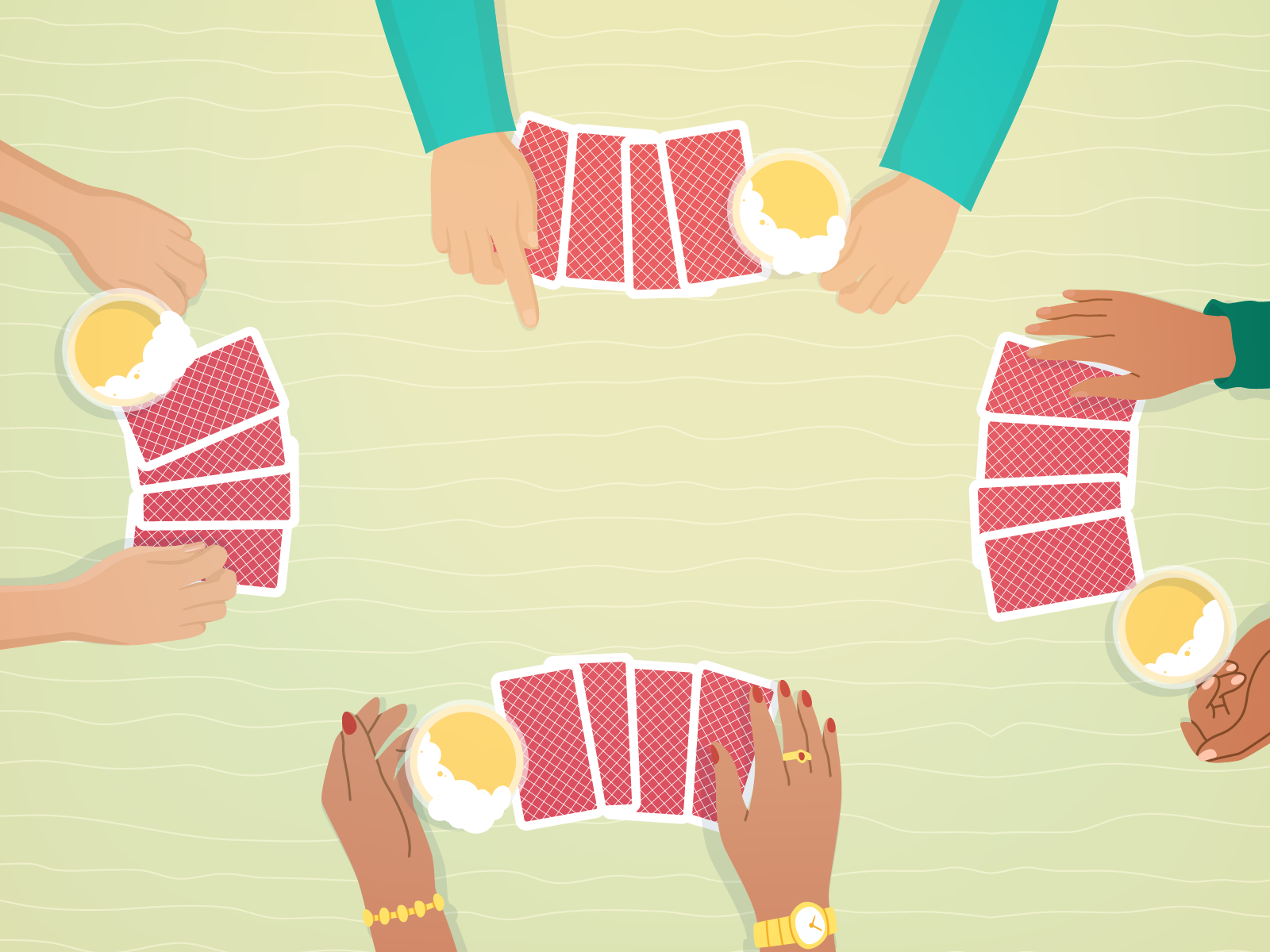 Everyone gets given four cards, dealt face-down.
Once you’ve all got four cards, the person to the
dealer’s left side goes first.

They have to guess whether their first
face-down card is red or black.

Once making their call, they turn over the card to see if they were correct.

If they were right, they get to pick two players to take a shot/sip. If they were wrong, they have to take two shots/sips themselves.

This continues around
the table until all players have had a turn.

In this round, the
player on the dealer’s right side starts off and they have to guess whether
their second card is higher or lower in value than the card they turned over in
the first round.

As this is the second round, the number of players you pick to drink or shots/sips that you have (if you lose) is doubled.

If you guess correctly, you choose four players who have to drink a sip/shot. If you’re wrong, you have to drink four shots/sips. And if you get the same card as the first round, you automatically drink then too.

Repeat until everyone has had their turn.

General rules dictate that aces are high in the Irish poker drinking game. That said, it’s your game, your rules – so it’s something you can change if all players agree on it.

Round
3 – Inside Or Outside?

In this round, you
have to guess whether your third card will be inside or outside the values of
your first two cards, which are face-up on the playing surface.

Again, as it’s a
new round, you add two more drinks to the total amount to drink or hand out.

As in the other
rounds, if you guess correctly, you pick six players to take a shot/sip. Guess
wrong, and you’ll have to drink all six.

Most players will
be pretty tipsy by the fourth and final round, where you have to guess the suit
of your final card.

There is a bit of
room for tactical decisions here, as you can consider all of the face-up cards
on the table to see which suit is the least represented.

Guess right, and
you have eight shots/sips to hand out to the other players players. Guess wrong
and you’ll have to drink them instead.

As it’s your game, you can create your own rules or play another varation.

Feel free to change
the number of shots/sips per round. Or you could create a rule for when a specific
suit or card appears.

Before you play, we
want to highlight the importance of drinking responsibly.

The Irish poker drinking
game is can be quite alcohol-heavy. With this in mind, you shouldn’t stick
blindly to the shots/sips rules, especially if you’re playing with strong
alcohol.

If people aren’t
comfortable drinking alcohol or can’t do so, you can still play it without, as
the game’s exciting nature and competitive gameplay will keep everyone
entertained regardless.