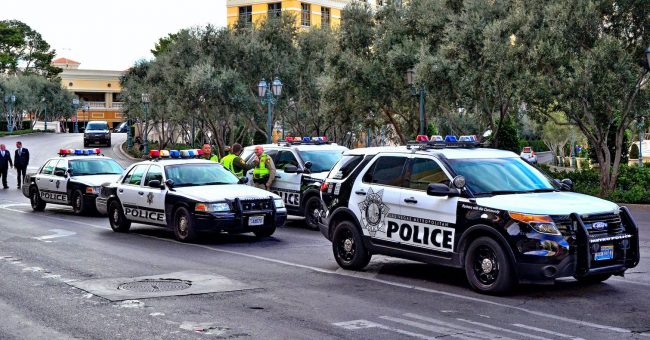 We
all know that phrase, ‘what happens in Vegas stays in Vegas’ but had you ever
considered it might refer to more than just your nightly sins? Las Vegas is a
whole world of its own and with it come its own set of wacky laws.

With
our handy guide you’ll be sure to stay on the right side of the law and blend
in with the locals. Read on to discover the best of the bizarre things that
might land you some jail time – you can thank us when you make it safely home!

Since November 2017 it’s been illegal to feed the pigeons (all you Mary Poppins fans will have to re-enact that song scene elsewhere) with the threat of a $1,000 fine or six months in jail.

I mean, I don’t know about you, but I don’t mind pigeons (neither do these guys who worked to lift the unfriendly ban) but I’m not willing to risk imprisonment for seeing to some of their fuss-free food needs. 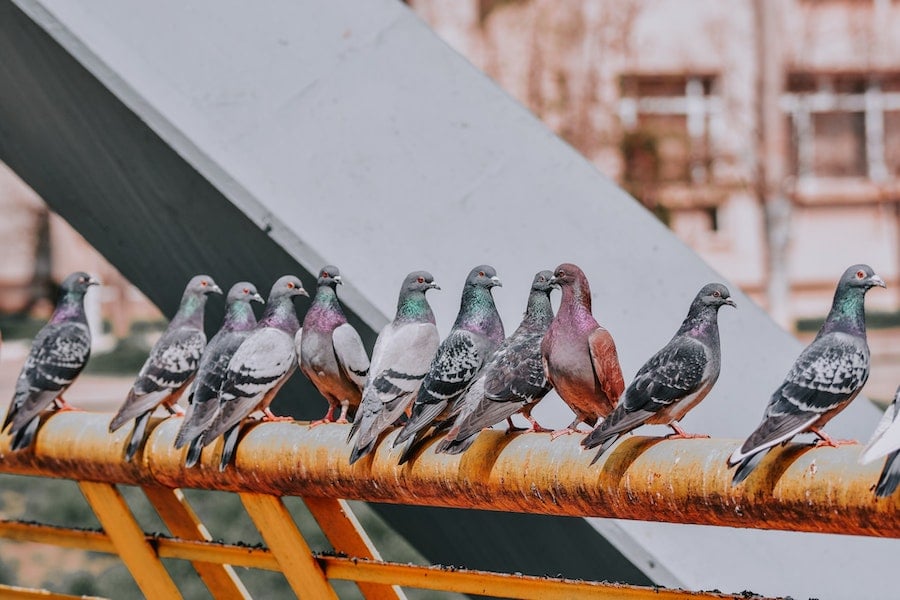 Three years later, the ban was extended to include all wild animals including rabbits and community cats, with a more digestible $10 fine.

Thoughts
behind this law stem from a concern for public health although the links
between wildlife and human illness are limited.

Still,
there were concerns over the crowding of pigeons in one particular parking lot
that made it look like a casting call for a remake of Alfred Hitchcock’s The
Birds.

Bottom
line, save your inner Dr Jane Goodall for another town!

Continuing
the theme of animal cruelty, the next bizarre, and frankly heinous, law that
makes our list is that there are a number of exotic animals you can keep as
pets.

It’s
not just on The Hangover that you could be sharing a Las Vegas suite
with a tiger. If you fall in with the wrong crowd, it could be a legal reality.

Lions,
elephants, camels and zebra to name a few are on the list of the animals you
actually are allowed.

If
it’s giant toads, skunks, or foxes you’re looking to domesticate, you’ll need to
head on to the next town.

3. It’s
Illegal To Ride A Camel On The Highway

So
whilst you can have a pet camel in Las Vegas, don’t go and get you and your
steed into trouble by riding on the highway.

This
law dates back to the 1800s when camels transported loads across the Nevadan
deserts.

The
result? Too many camels, and the lawmakers saw to it that there was a
reduction.

4. It’s
Illegal To Hail A Taxi On The Strip 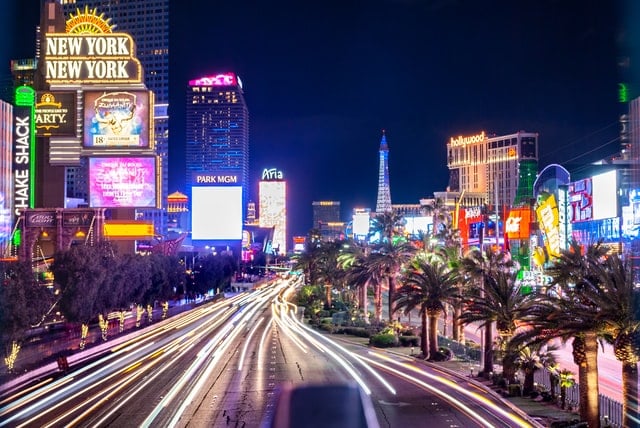 Las
Vegas taxi drivers are not allowed to drop off or pick up anyone along the
Strip.

But
fear not, you can still travel around pretty easily as outside most casinos and
hotels there are designated spots where you’ll get your automobile service.

The
same rules apply for taxi ride apps too.

5. It’s
Illegal To Use Bath Salts

If
you’re not in Las Vegas and up partying all night then you’re probably going
there for some luxurious relaxation.

For
many that might include a bubbly bath with some aromatic bath salts. But hold
up, you mean we can’t do that?!

Don’t
panic, these are a different sort. Phew.

We’re talking about the bath salts that are synthetic cathinones, formerly a ‘legal high’ and a cheaper and stronger alternative to cocaine.

With
adverse long-term effects from usage, these were made illegal to possess,
ingest, and sell in 2012.

If
you’ve been to Las Vegas you’ll know how vibrant and buzzing Fremont Street is,
where street performers are aplenty.

You’ll
also know how busy it can get and if there’s one thing that needs lots of
space, it’s hula-hooping. It needs the kind of space that just doesn’t come
easily on a busy street.

It’s
for that reason that it was made illegal to do so by the local council, owing
to the hazard it presents to anyone walking nearby.

This
same law prohibits unicycling, skating and skateboarding down Fremont Street,
so go let off your steam somewhere else.

7. It’s
Illegal To Pawn Your Dentures 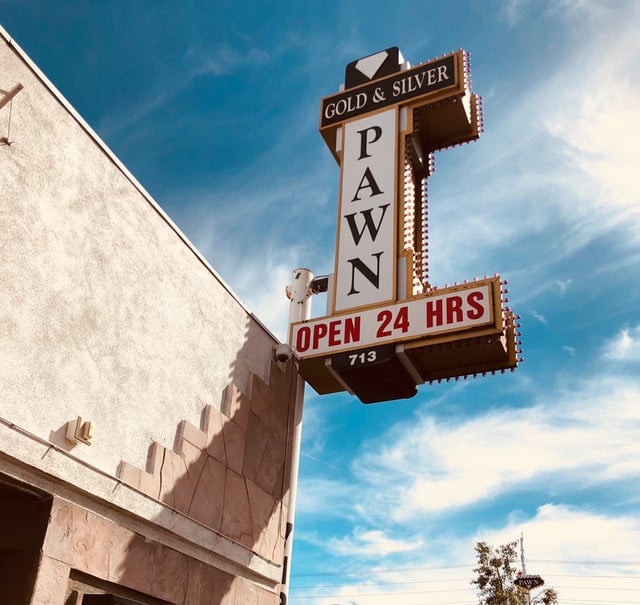 For
all you folks looking to make a quick dime, pawning your grandma’s (or even
your own!) dentures is a criminal offence in Las Vegas.

The
weirdest part about this law is that it had to be written in law.

How
many toothless grins did it take for them to decide things were getting out of
control? And who was buying them?

Also,
don’t try and pawn anything whilst drunk. Yup, you guessed it – also
illegal.

You’ll
be turned away and maybe when you sober up, you’ll realize that actually, you
quite like your dentures…, or your wedding ring…, or any other of your precious
belongings.

8. It’s
Illegal To Be Homeless

One
of the most controversial amongst the weird world of the laws in Las Vegas is
the criminalization of being without a home, which came into effect in November
2019.

According to the law, voted in by the city council, if you’re found to be ‘lodging’ on sidewalks (or even just sitting or resting!) you risk facing six months in jail or a $1,000 fine.

Whilst
many local residents and business owners support the ideas behind the law –
human feces featuring too often outside people’s doors – they’re unnerved by
the lack of support provided.

It’s one thing to criminalize something where it’s an avoidable offence, but many people find themselves living on the streets as a result of dire circumstances, very often related to mental health issues and addiction.

The
local shelters are not large or equipped enough to deal with the overwhelming
numbers of people that find themselves without a roof over their heads in Sin
City.

Many police officers feel the same, refusing to ‘arrest a community issue’, wanting instead to focus on tackling violent crime.

9. It’s
Illegal To Rent Out Your Place For A Weekend In Residential Areas 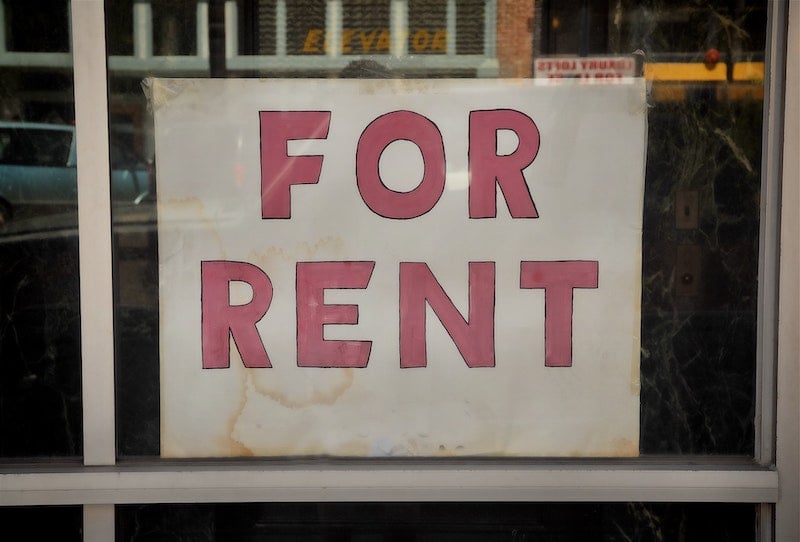 If you’re planning to rent out your home to some rowdy tourists on a mad weekend, think again. You might end up forking out $1,000 a day in fines.

One
homeowner became the first to incur such a fine two years after the law came
into effect in 2012 – setting them back a whopping $29,000!

It’s
still possible for rolling contracts to operate on a month-by-month basis, but
anything less than that isn’t allowed.

This
might not seem such a strange law to some people, but given the naughtiness
that goes down in Las Vegas, it shocks us that you cannot legally drink in
public spaces.

Of
course that doesn’t mean bars, clubs, restaurants etc., it refers to areas
outside of that, like walking down the street or chilling in the park.

So
for all you booze-lovers hoping for a raucous stroll down the Strip, think
again. Keep it contained to the alcohol establishments.

It’s
even illegal to have an open bottle of alcohol on you, and to drink from it, in
a moving car regardless of whether or not you’re the driver.

I’m
sure there are plenty of Uber drivers grateful for that law!

Whilst
some counties in Nevada do allow for the legal acquisition, and offering, of
sexual services, Las Vegas doesn’t fall into that category.

It’s
legal in counties where the population is less than 700,000 and within that
rule, it’s only legal in state-licensed brothels.

If you’re caught doing the dirty in Las Vegas – trying to pay for or offer sex – you’ll face some jail time, plus up to $1,400 in fines if it’s your first time.

The
time spent in jail and the fines go up the more often you’re caught, so maybe
skip on that one!

Yeah,
we worried for a second too.

But
fear not, this is just the official term given to people who take their kitties
to at least one cat show per year. 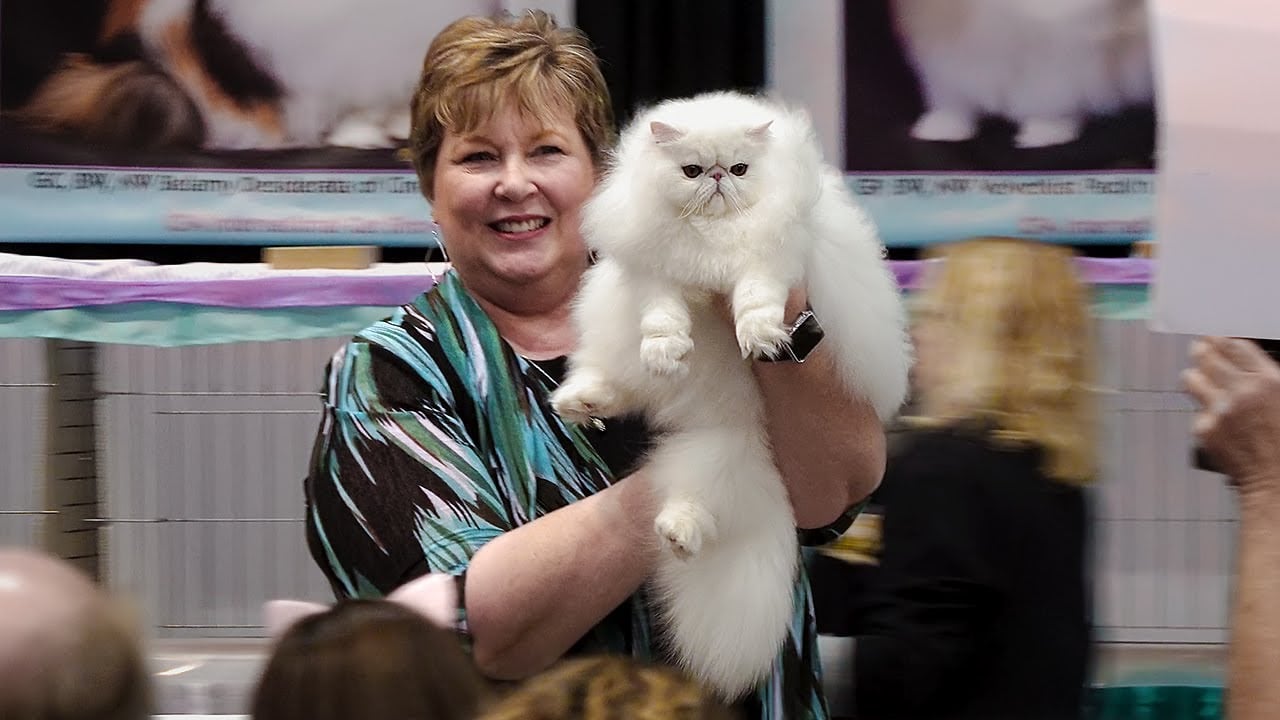 So
there are limits on the number of cats they can have in their home (it seems
limitless kittens, but they grow up so fast!) if they’re planning to get them
involved in some cat-walk (*wink wink*) shows.

13. It’s Illegal To Curse On The Las Vegas Strip

We
all know we can get a bit more lairy after a few drinks, running the highs and
lows of the gambling games, but watch your language on the Strip.

It
might help to ask yourself: Would I say this in front of my mother-in-law?

Whilst
most of the vast state of Nevada is open for hunting, approximately 48 million
hectares, the Las Vegas Valley is off limits.

Clark
County closed off any areas within 500 ft of a private road, or half a mile from
a highway.

Good
to know there won’t be any rogue bullets skimming your head as you stroll to
the next casino.

15. It’s
Illegal To Hire A Communist

Perhaps the most antiquated law on this list, dating back to the Cold War and feeling less and less relevant or constitutional.

When it was brought in there was much fear around Communism, and whilst it’s given rise to some terrible regimes around the world, political sympathies shouldn’t be a barrier to employment in the free world, surely?

Discussions around its violation of the 1st Amendment and Americans’ right to free speech have so far not seen it lifted…perhaps it will get more air time over the coming years.

So there you have it, the weird world of Las Vegas laws. Hopefully with this handy guide you’ll stay on the right side of the law and have an awesome stay.