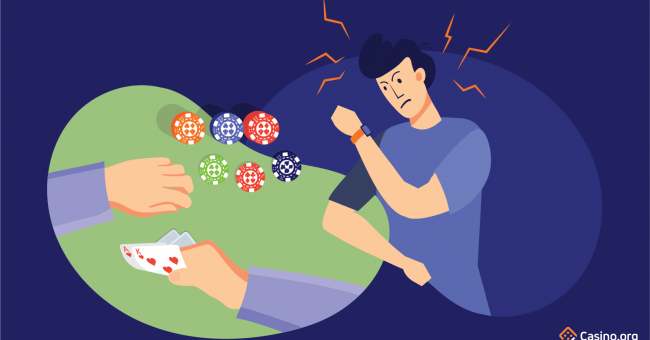 Even though one of the main goals in poker is to throw your opponent off balance and force them to make mistakes, certain limits should never be crossed.

These limits are a part of what’s known as “poker etiquette” – a set of unwritten poker rules that the majority of players knows and follows.

The “slow roll” belongs to this group and is considered a big no-no for most players, so let’s dig deeper into what it means and why it’s a problem.

What Is Slow Rolling In Poker?

For example, let’s say you have KhJh, and there are three hearts by the river. You bet, and your opponent calls. Since they didn’t raise, you can be sure you have the best hand even though it’s not the absolute nuts.

Instead of turning your hand immediately, you hesitate and wait for them to show their holdings, giving them the impression they might have the winner.

Although there isn’t a single clear definition of a slow roll in poker, almost everyone who’s played for more than a few weeks is aware of when they do it – and very rarely does it happen by accident.

Here is a perfect example of slow rolling – check out the reactions from the other players and commentators:

Why Is Slow Rolling Bad?

The only thing you gain from slow rolling is upsetting and irritating your opponents.

It’s a matter of common courtesy and respect for your opponents.

As well as this, taking forever to show down your hand slows the whole game down, which means everyone at the table suffers. Things tend to move slowly as it is at the live tables.

Slow rolling in poker fails to achieve anything positive.

Is Slow Rolling Against The Official Rules?

Players who like to slow roll others in poker will often argue that there’s nothing to prevent it in official rules of the game.

In theory, this is true, as there is no defined number of seconds or minutes within which you have to showdown your hand when it’s your turn to act.

So, you’re not likely to get any official penalties like a couple of rounds away from the table.

However, if you’re playing in a new setting, you might run into a poker room manager who doesn’t appreciate such actions. If you keep doing it even after being warned, they might still give you a penalty.

Every poker room and manager out there can run their games however they see fit.

If they find you’re disrupting the games, you could still find yourself sitting on the rail for a little while to consider your actions or even completely out of the game if you bother others too much.

How To Avoid Accidental Slow Rolls

Not everything in poker is clear-cut, and we all get confused sometimes.

However, you should try to avoid even an accidental slow roll:

Muck your hand or turn your cards over when it’s your turn.Turn your hand first if you know you have the nuts – unless there is a specific reason not to do it.Be polite and turn your hand over when the player says “you’ve got it” or something along those lines.

Live poker is as much about having people skills as it is about math and ranges.

Being nice and polite will likely pay off in the long run – in more ways than you can imagine if you’re just starting.

The bottom line is, you don’t want to be that guy who annoys everyone else at the table, and no one wants to play with.

Being considered a jerk won’t help your win rate or win you any friends, guaranteed.