The World Series
of Poker has been running for over five decades without any interruption,
taking place in Las Vegas every year since 1970.

Then came 2020, when
the COVID-19 pandemic caused chaos throughout the world, affecting the live
poker scene as well.

It was the first
time in over 50 years that the WSOP organizers had to cancel the event and move
it online.

Luckily for the
fans of the game, in 2021, the World Series of Poker was back at the Rio,
albeit a few months later than its usual time slot.

Naturally, the
organizers had to deal with many things to set everything up just right. It was
decided that all players had to be vaccinated against COVID, and other measures
were put in place to keep up with the regulations.

With the WSOP
being the biggest and the most significant poker event, everyone was eager to
see how things would turn out. Whether the series was a success or not could
have a significant impact on live poker events worldwide for the foreseeable
future.

Now that the
dust has settled and the series is over, we can take a look into WSOP numbers
from 2021 to see what they tell us. 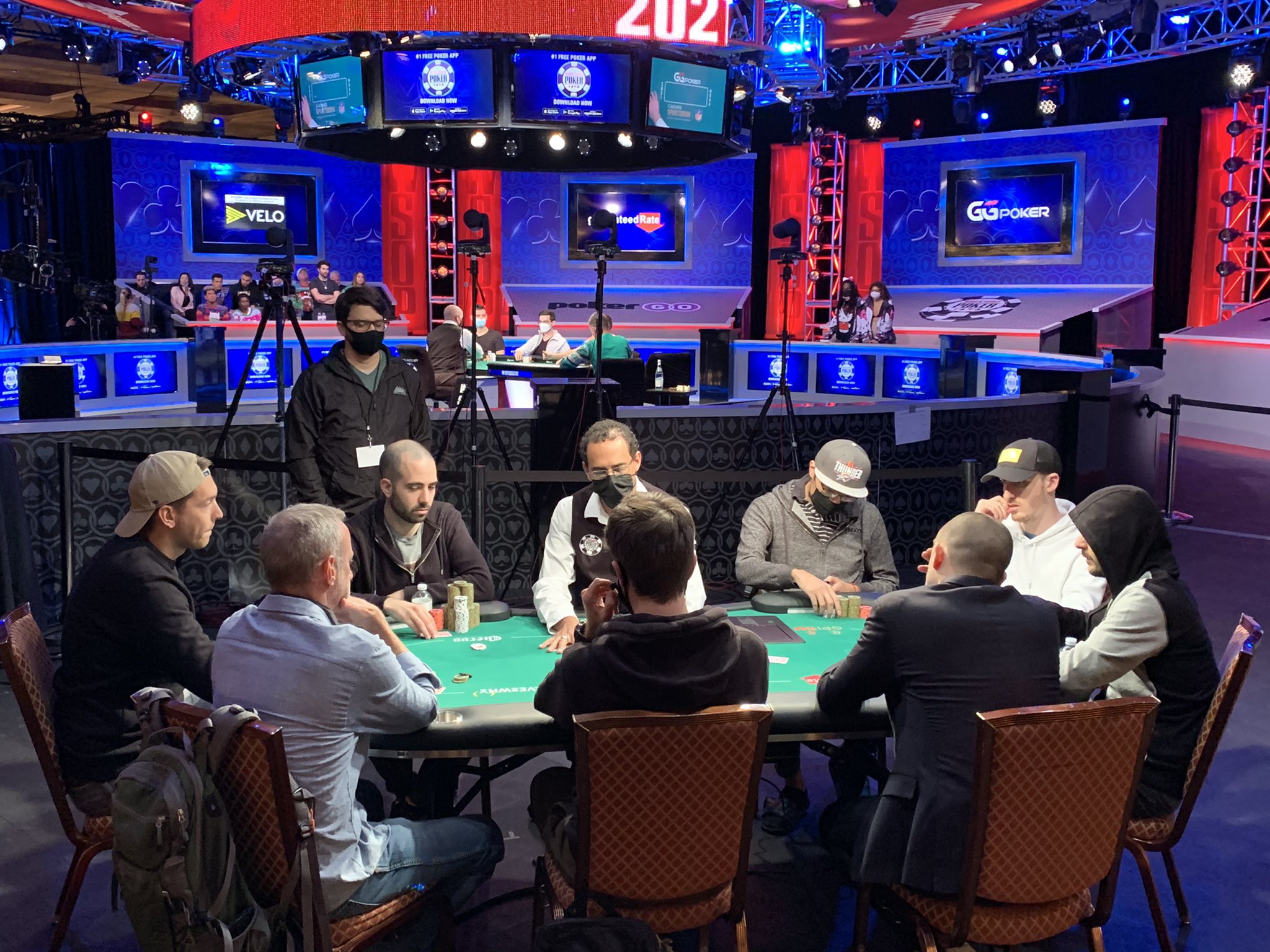 In the months
and weeks leading to the World Series, there was a lot of chatter in the
community that this could be one of the lowest-attendance events in the
post-2003 period.

Many believed
that the combination of factors like vaccine mandates, travel bans, and people
worrying about their health would result in a low turnout.

Looking at it
realistically, prospects weren’t great, but the organizers rolled out the
schedule of 88 tournaments (in addition to 11 online events), hoping for the
best.

The first major
tournament that could help paint the picture for the rest of the series was
Event #4.

Aptly named The
Reunion and featuring the buy-in of just $500, it was meant as an event for the
masses, welcoming all those who were eager to play live poker after a long
hiatus.

By the time the
registration was over, the tournament had gathered just shy of 13,000 entries.
These weren’t all individual players, as reentries were allowed, but it was
still a great sign that those earlier fears were unfounded.

Despite all the
complications, people were eager to get back in the mix, raffle some chips,
play some poker, and compete for coveted gold bracelets.

A hugely popular
WSOP event kicked off some days later – the $1,500 Millionaire Maker.

This tournament
attracted huge crowds in the past, so it was interesting to see how it would
fair in 2021.

In the end,
there was a total of 5,326 entries in the field, which was smaller than 2018
and 2019, but still a very respectable number. Nobody expected the fields to be
larger than in previous years when there were no restrictions in place
whatsoever, but with over 5K entries, it definitely wasn’t a flop.

It’s probably fair to say that WSOP organizers themselves weren’t sure what to expect going into the series. They probably had some projections, but with things changing all the time and new rules and regulations put in place in the US and worldwide almost daily, it was hard to have any certainty.

That said, the
turnout we ended up seeing probably exceeded their expectations.

By the time all
88 tournaments were over, the 2021 WSOP saw just shy of 120,000 entries across
the board. That’s not even counting online events.

There are many
ways to interpret these numbers, but no matter which way you go about it, the
fact remains that having a six-figure turnout is a good result.

Despite many
doubters and naysayers, the World Series of Poker took on a big and risky task
and managed to pull it off masterfully.

When talking
about the World Series of Poker, people often focus on the Main Event. After
all, this is the staple tournament that attracts so many players to Las Vegas.

For 2021, we had
some pretty bleak predictions.

Many believed
that the turnout for the Main would be really low, even if smaller events
managed to get some traction. After all, this tournament comes with a hefty
$10,000 buy-in, so it’s definitely not in everyone’s price range.

Add to this the
fact that many live casinos and poker rooms worldwide were pretty much shut
down the entire year, meaning there’d be fewer qualifiers of different
descriptions, and these predictions were somewhat justified.

So, when the
tournament ended up attracting 6,650 players, it was a really pleasant surprise
to say the least.

It’s true that
new circumstances probably had an adverse effect on the strong positive trend
we’ve seen in recent times, but the final number of players was well beyond expectations.

Koray Aldemir,
the eventual winner, took home $8 million for his efforts, a few hundred
thousand more than the 2015 winner Joe McKeehen and an amount similar to what
the 2016 and 2017 champions banked. 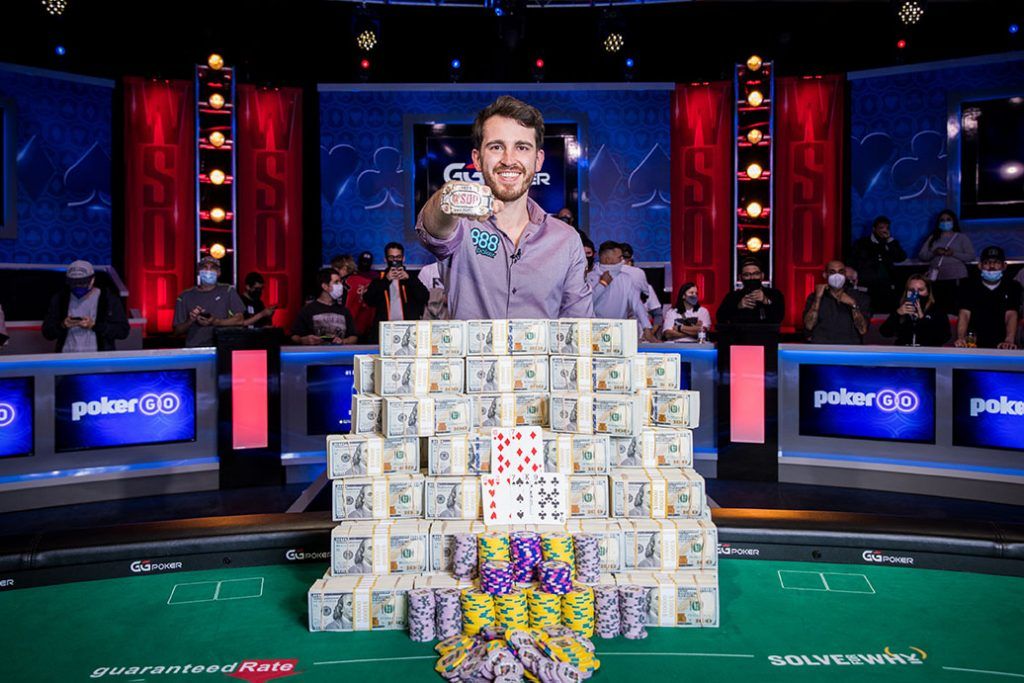 Check out: The Top 10 Biggest Main Event Winnings Of All Time

So, is it fair
to say the 2021 Main Event was a success? It most certainly is!

Many of the
concerns that came up before the tournament were legitimate. There was every
reason to think the Main Event couldn’t attract a massive field.

Yet against all
odds, it did – and it was great news for the poker world.

Looking at the
overall number of players who came to Las Vegas to play in the World Series of
Poker, we can make a few conclusions.

Takeaway #1:
Poker is still a game loved all over the world

The reality is that deciding whether to play in the World Series of Poker was not easy for many. Even legendary Chris Moneymaker was on the fence about it, and he’s never skipped the Main Event since his win in 2003.

In the end, he
did turn out and had a solid run, but it only shows that there were many
factors to consider.

Yet, thousands
ended up showing at the Rio to take part in the biggest poker festival around.

I think this
clearly shows that people still love poker and are eager to play it whenever
they can.

Perhaps the online arena has become somewhat stale with all of its multi-tabling grinders, software assistance, and even bots, but live tournaments and cash games are still going strong.

The atmosphere
of large poker events is hard to beat. It’s a feeling unlike anything else,
especially for true poker fans, regardless of their skill level.

Looking at
hundreds and even thousands of people and thinking that only one of them will
walk away the winner is somewhat surreal. But, it’s also what made poker so
popular in the first place.

It’s exactly why
the 2021 WSOP attracted so many people from across the world against all odds.

Takeaway #2: Players
are willing to go through some trouble if the reward is worth it

WSOP organizers
decided that all players had to be vaccinated – and no exceptions.

To play in the
series, it was required to show the proof of vaccination, and going through the
process wasn’t the most convenient, especially for those outside the US.

Yet, players
accepted these rules and abided by them.

Moving forward,
this is perhaps a good lesson for other venues and tournament organizers out
there. If the event you’re making is worthwhile, players don’t mind going the
extra mile to comply with the rules.

Of course, there
will always be those who don’t want to deal with all the hassle, but that’s
just how it is. I think WSOP 2021 numbers show that the majority are in the
former group, so event organizers don’t have too much to worry about. 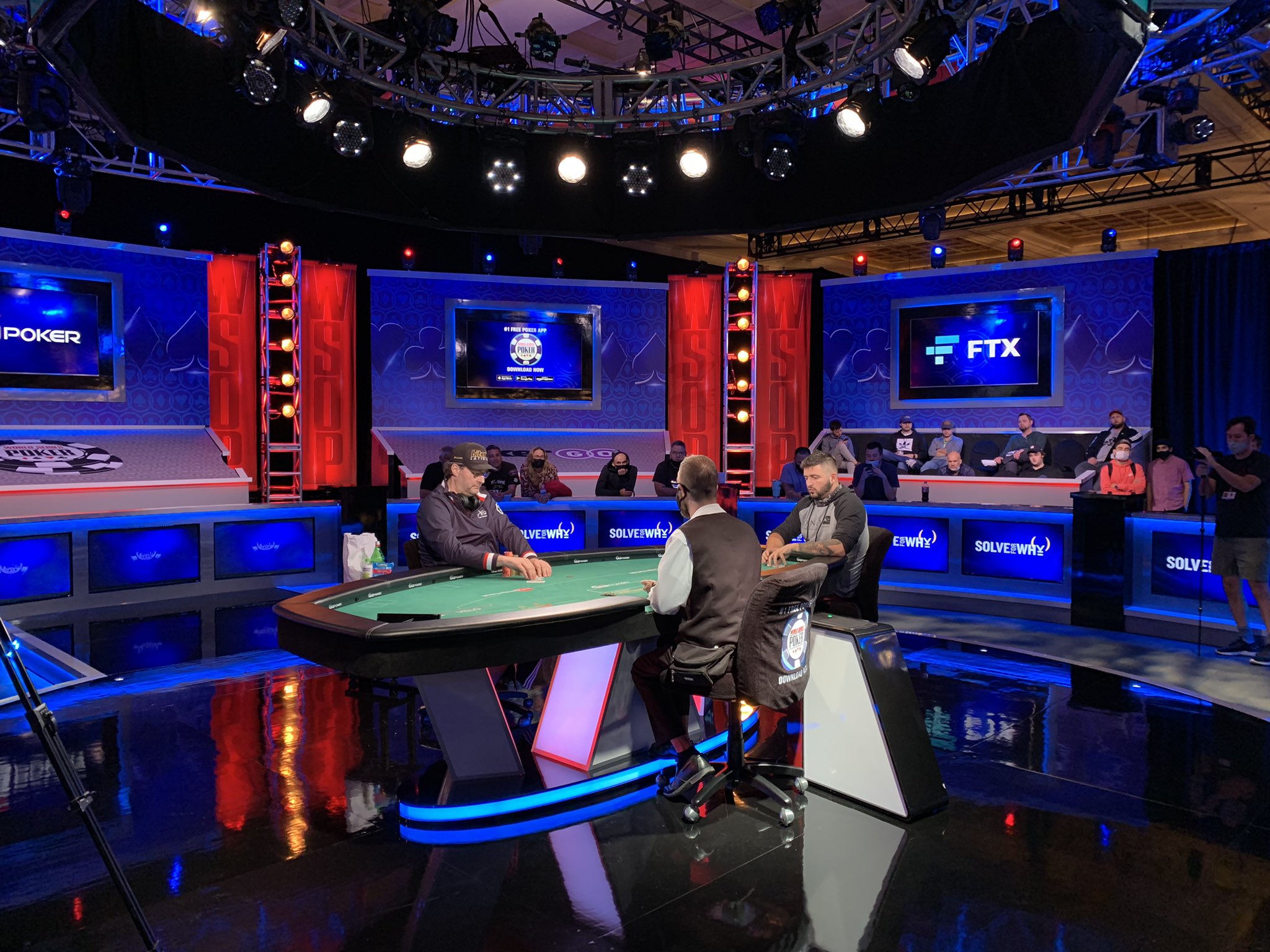 Hold’em
tournaments attracted by far the biggest crowds, as expected.

Pot Limit Omaha
numbers seem to be on a slight uptick, which indicates that a growing number of
players out there are taking on the game.

That said, I
think we’re still a fair few years away from PLO taking over as the dominant
variation, and there’s no guarantee that it’ll ever happen at all.

Hold’em has so
much going for it in so many different aspects that it’s hard to imagine
another game, even one as exciting as Pot Limit Omaha, could take its place.

But, you never
know. We’ll just have to wait and see!

This is nothing
new, but WSOP 2021 only confirmed what we already knew.

Affordable
tournaments with big prizes for the winners and an added allure of bracelets
represent the perfect combination.

While there is
an ongoing debate on this topic in the light of “devaluing” the
bracelets, I think having a few of these tournaments every year is perfectly
fine and also needed.

Professionals
have more than enough big buy-in events to compete in, but the last thing
anyone wants is to create the aura of exclusivity around WSOP or poker in
general.

It’s often
forgotten that professionals would probably be out of their jobs rather quickly
without amateurs.

The Future of the World Series – Is There Cause for
Concern?

If there were
any doubts about the future of the WSOP, I think they are all gone after what
we witnessed in 2021.

If the event was
able to attract such big numbers despite all the difficulties, it’s clear that
things can only get better.

Barring any
unforeseen circumstances where live poker is simply not possible, I don’t think
there is anything to worry about.

It’s down to the
organizers to keep coming up with new ideas to make the series even more
interesting and attractive to new players, but they’ve done a great job so far.

Adding new
events and constantly expanding the schedule has certainly helped the WSOP grow
and expand beyond the wildest imagination.

All in all, I
think the 2021 WSOP numbers have shown us that poker is still alive and
kicking.

Interested in how Sin City benefits from WSOP? Check out our blog post on what revenue it brings to Las Vegas.