Packed with colorful characters, sought-after
skins and all manner of rewards and rarities, Gacha games are a
compulsive collector’s dream.

However, with the majority of items being issued
via random drops that cost real money to activate, we need to ask whether the Gacha
game mechanic is potentially a gateway to more serious gambling.

What Are Gacha Games?

For those unfamiliar with the term, Gacha
games are a form of video game that encourage players to redeem in-game
currency in exchange for random virtual items.

Taking their name from Gachapon – the toy capsule vending machines popularized in Japan – a key characteristic of Gacha games is that players never really know what they’ll receive for their purchase. 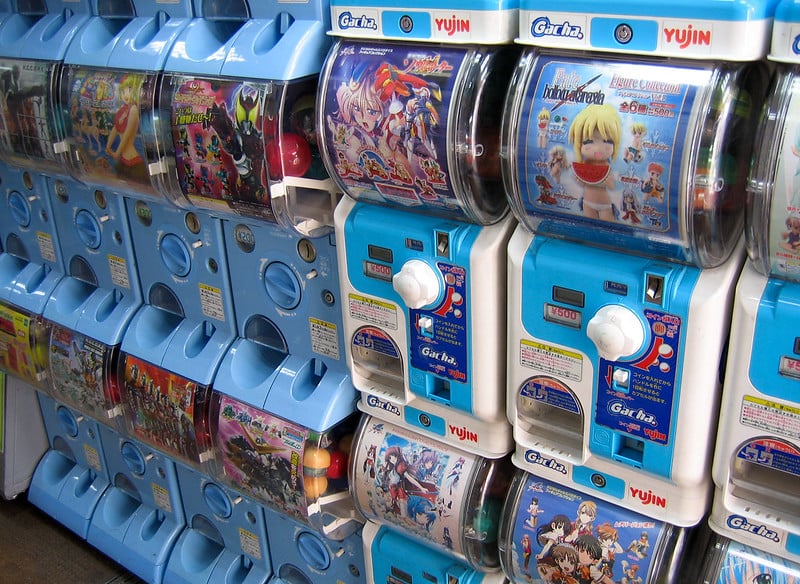 Just as a Gachapon capsule will contain
a random figure from any number of sets, when paying for a roll in a Gacha
game, the results can virtually never be guaranteed.

Sure, players might hit the jackpot and land a
premium playable character, but they’re just as likely to reveal an unwanted
item or one they already own – and both outcomes cost them exactly the same.

With the majority of Gacha games being
free-to-play (F2P) mobile games, the Gacha mechanic serves as an incentive
for players to continually spend real-world money.

Takings in this respect can go on indefinitely
and have the potential to easily eclipse the profits developers would make by
charging a one-time fee to purchase the game.

How Did The Gacha Phenomenon Get Started?

The first Gacha mechanic was debuted in 2004 MMORPG, MapleStory, which enabled players to purchase Gachapon tickets for 100 yen apiece. 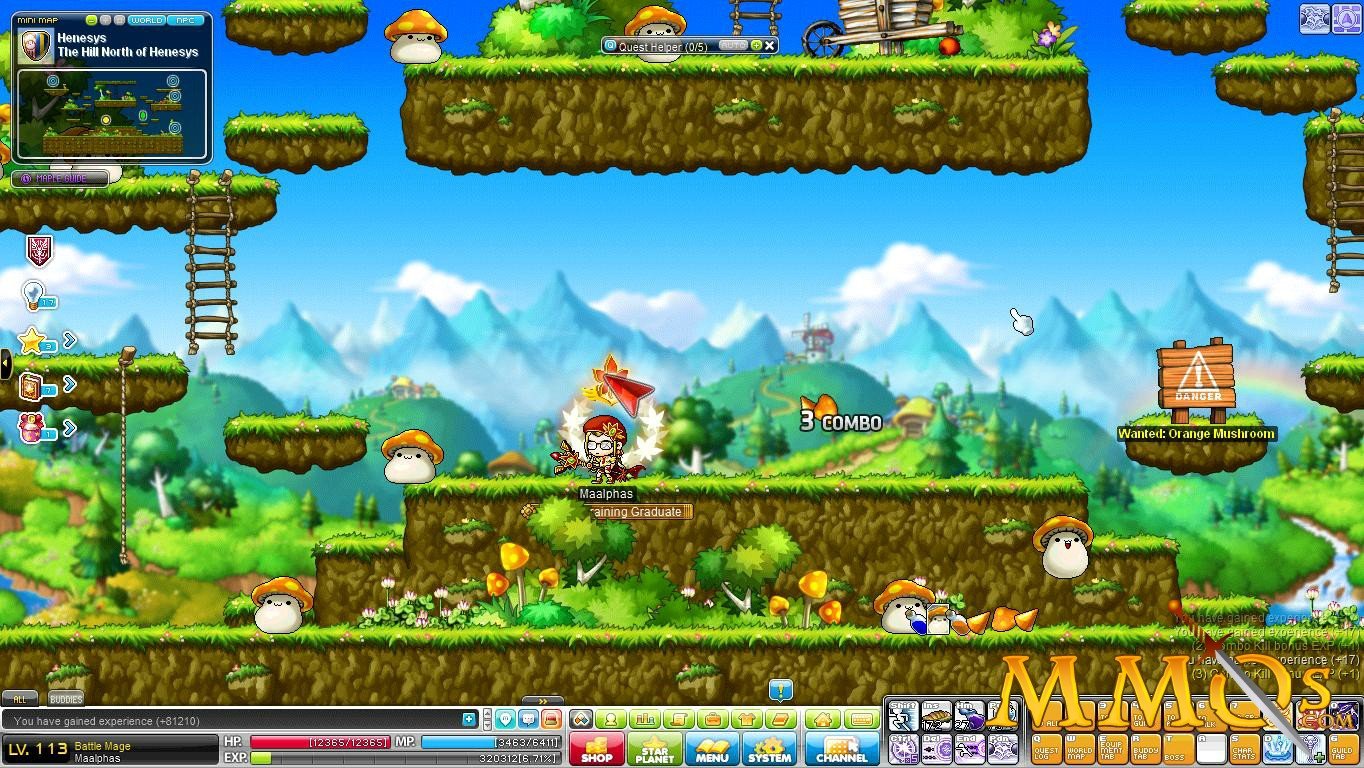 These tickets granted entry into a lottery where
players had a chance to win trinkets of varying rarities, with these then being
used to customize their character so they could flaunt their fancy prizes
online.

Three years later, Chinese MMO Zhengtu took
the concept even further by offering an FTP game that sought to recoup its
costs entirely through Gacha rolls that granted players extra perks and
privileges.

Despite being widely criticized for its
predatory practices, Zhengtu proved to be a rip-roaring success, with
the F2P title generating an unprecedented $15 million USD per month within a
year of its release.

The commercial triumph of Zhengtu paved
the way for the Gacha model to rise to prominence in the early 2010s, especially
in Japan, where it became an integral part of the country’s mobile game
culture.

How Gacha Games Have Taken Over The Western
World

Okay, we get it. Gachapon toy capsules.
MMORPGs. Zhengtu. It all sounds more than a little alien to a western
audience.

However, the reality is the Gacha game
model is now a worldwide phenomenon.

Far from being a proclivity of players solely from
the land of the rising sun, Gacha mechanics have found their way almost
unnoticed into virtually every culture and gaming medium across the globe.

From Facebook to FIFA, players in the
western world will find examples of Gacha games everywhere, with big-name
developers such as EA, Ubisoft and Activision all employing the model to great
effect.

FIFA Ultimate Team (FUT), for example, is an incredibly popular
game mode that allows players to purchase packs that include a random selection
of players, collectibles and stat-boosting power-ups.

In FIFA digital sales – including Ultimate
Team pack purchases – alone, EA rakes in profits of over $1 billion USD a
year, with these microtransactions now forming the core business of the entire game.

Similarly, Gwent – CD Projekt Red’s F2P
app based on the popular Witcher series – is just one of the many digital
collectible card games that utilizes a Gacha mechanic to help players build
their decks. 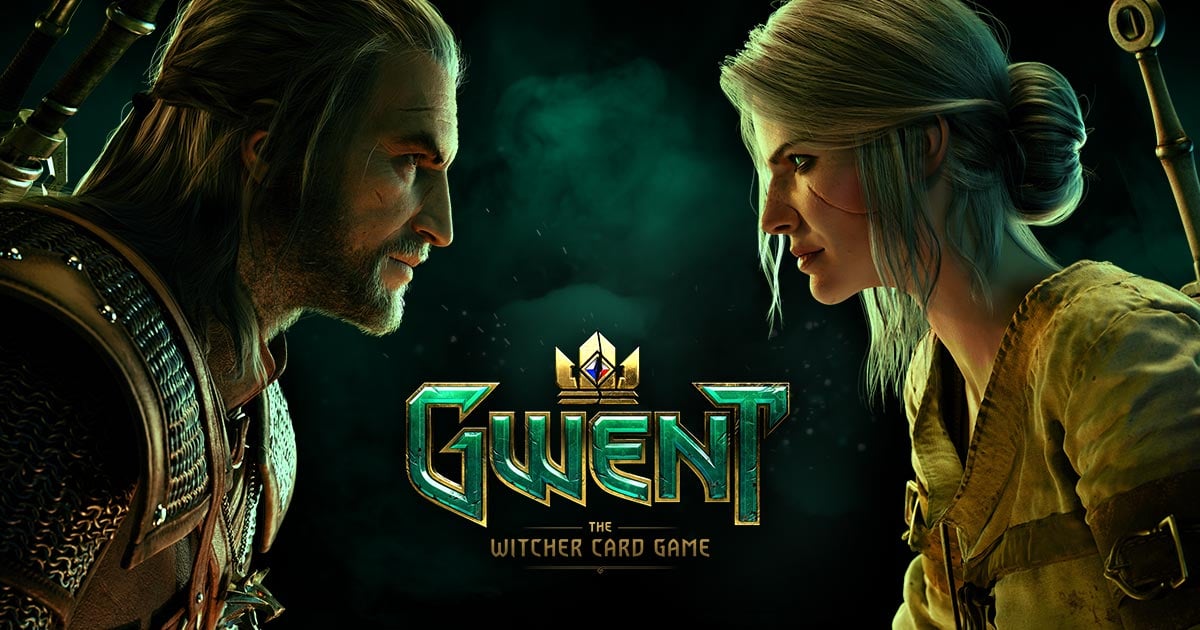 In Gwent, microtransactions enable players to use
real-world money to purchase kegs that contain a random assortment of common,
rare, epic and legendary cards.

To further complicate matters, they can also exchange
their cash for “meteorite powder”, which can be used to upgrade existing cards or
buy exclusive items in-store.

Should Gacha Games Be Classified As Gambling?

After all, if you’re spending real money to win
something from a process where the outcome is always unknown, aren’t you
essentially playing roulette?

As is often the case, there are two main schools
of thought.

The Case For Gacha Games As Gambling 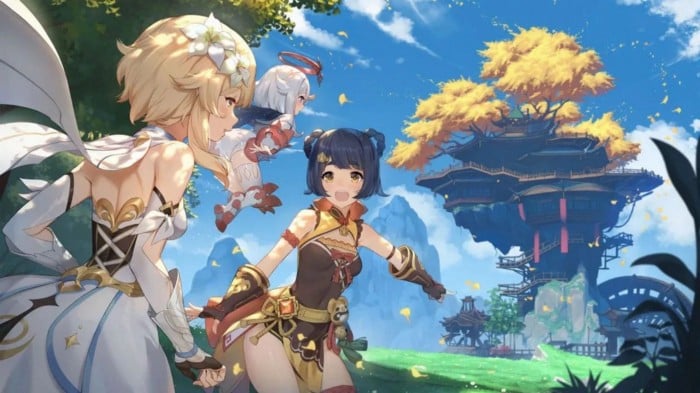 The gambling aspect of Gacha games is
one that has dogged developers in recent the years, with critics arguing the
mechanic is predatory and designed to trap users into paying to enhance their
experience.

Perhaps one of the more insidious aspects of Gacha games is the presence of social currency, with a survey from Statista revealing that of the top 20 percent of RPG apps in Q1 2021, 88 percent were using this feature.

The purpose of these social currencies is
likely to be two-fold.

One the one hand, using an artificial currency
makes transactions feel less real and often encourages players to spend more
than they would using real money.

This tactic is, of course, akin to the use of betting
chips in a casino.

Secondly, offering social currencies enables
developers to place an extra step between the purchase and the part of the
process that could be considered gambling.

After all, players aren’t spending real-world
money on a random prize – they’re buying $40 worth of tokens which can then
be used on Gacha rolls. Initially, they’re getting exactly what they’ve
paid for.

Another consideration is the way these Gancha
rolls or drops are presented.

Card kegs crackle and explode, while the lids
of loot boxes shoot off as dazzling rays of light radiate from the rewards
inside.

All these visual and audio distractions help
players psychologically distance themselves from the money they’re spending –
money which, once converted into social currency, cannot be traded back.

The Case Against Gacha Games As Gambling

On the flip side of the argument, there are
many cases that both game developers and the authorities who regulate them
could put forward for Gacha games not being gambling.

Chief among them would be the fact that there
is no chance of losing a Gacha roll.

Players will always get something for their
money, with even duplicate rewards being exchangeable for other resources.

If players are exchanging $40 of cash for $40
of social currency, they’re obtaining a known quantity – and this currency can
often be used for other in-game purchases that aren’t randomly-generated.

From a purely legal perspective, many international
statutes also require the prize to be a “thing of value” before playing for it to
be considered gambling.

As in-game rewards cannot be redeemed for real
money, developers are able to skirt around these regulations by preventing
players from trading them.

Another important point is that developers –
and some players too – would contend they’re not paying for the Gacha
roll itself, but merely the service provided by a game that is usually free to
download.

With this in mind, many players are inclined to
support the developers they like by spending money on microtransactions, with
this in turn helping them to get more enjoyment from the product itself. 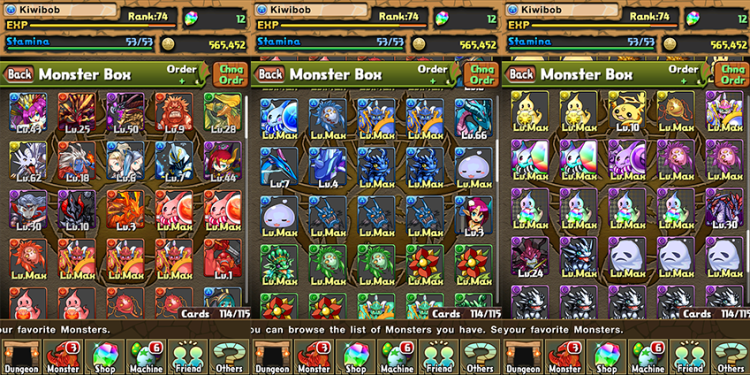 Weighing Up The Gacha Game Debate

Weighing up both sides of the argument, it’s
pretty hard to come to the conclusion that Gacha games should not be
considered at least a form of gambling.

With companies such as EA and Blizzard known to
use neuroscientists and psychologists during game development, there can be
little doubt that players are being subtly influenced to spend more.

Social currencies help them disassociate this spending from real money, while the euphoric lights and sounds that accompany the opening of a loot box are there to make them feel adequately rewarded.

The defense, meanwhile, comes for the most part
from the game developers themselves and largely hinges on legal technicalities
and questions of semantics, neither of which address the issue at hand.

How Much Revenue Are Gacha Games Pulling
In?

Back in 2012, the Japanese mobile game Puzzles
& Dragons became the first Gacha title to eclipse $1 billion USD
in profits and current trends suggest that it won’t be long before other games
follow suit. 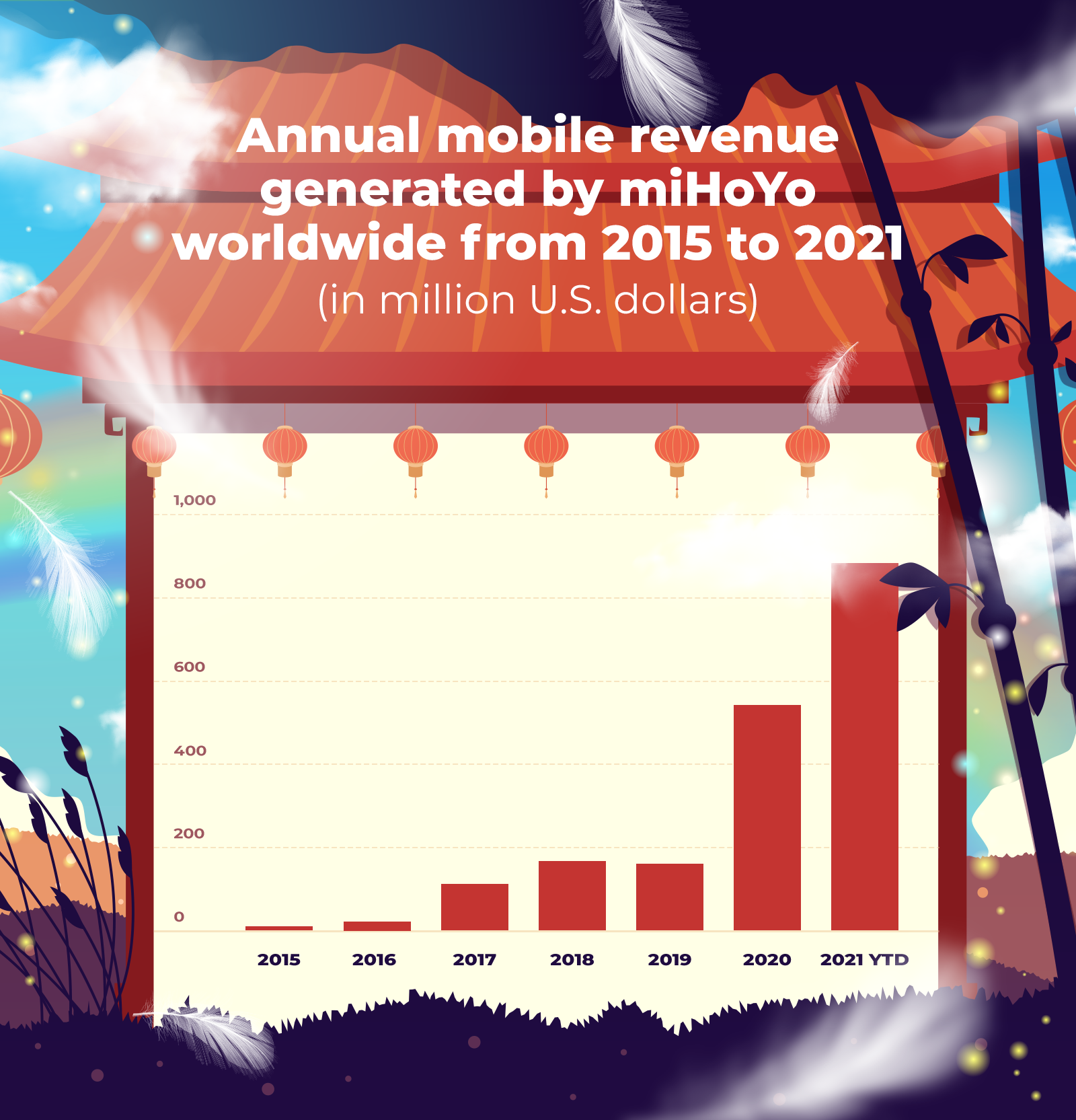 As you can from the table above, the company’s
annual mobile revenue – though strong – was pretty flat year-on-year until Genshin
Impact arrived in 2020.

In the year following its release, miHoYo’s
profits soared by around $500 million USD, with similar growth being recorded in
2021.

This was aided in no small part by the release
of Genshin Impact 2.1. 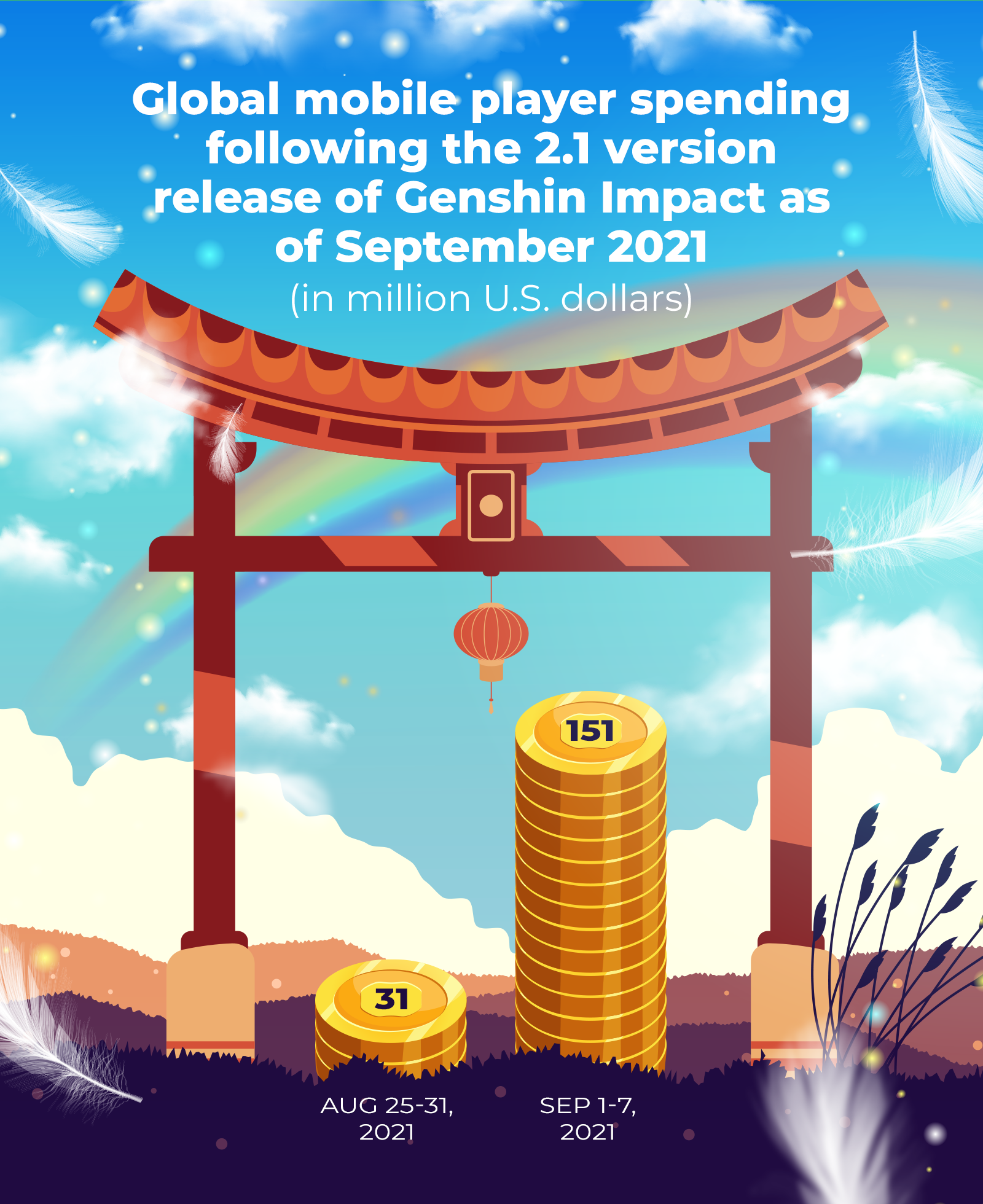 Released in September, Genshin Impact 2.1
offered players a host of new characters, weapons and explorable regions, many
of which were issued as time-limited rewards.

The presence of these new features was designed
to test players’ appetite for making more in-game purchases – and boy, were
they hungry for them.

In the week Genshin Impact 2.1 went
live, in-app purchases rose by an incredible 387 percent on the previous week
to a total of $151 million USD.

Since then, multiple updates have continued this
trend, with Genshin Impact going on to become one of the top-grossing
mobile gaming titles worldwide.

Are Gacha Games A Danger To Younger Players?

Considering all this, it might come as some
surprise to readers that Genshin Impact is rated “T” for teens – meaning
its recommended for players 13 years and up.

Given the game’s Gacha mechanic and the
undoubted parallels between this and online gambling, it’s undeniably a bit concerning
that players under 18 are free to spend their money on rolls of chance.

According to a study published by the UK Royal Society for Public Health, 1 in 10 minors go into debt over loot boxes, with 11 percent using their parents’ credit card and 9 percent borrowing cash they couldn’t repay.

Furthermore, research conducted by CQUniversity Australia on 2,000 gamers between 12 and 24 indicated that 93 percent had played a game containing loot boxes in the past year.

Within that sample, players between 12 and 17 also spent a median of $50 a year on in-app purchases.

Based on studies like this, it’s not hard to
see how early involvement in Gacha games could potentially provide a
gateway to other forms of gambling and the problems that are often associated
with them. 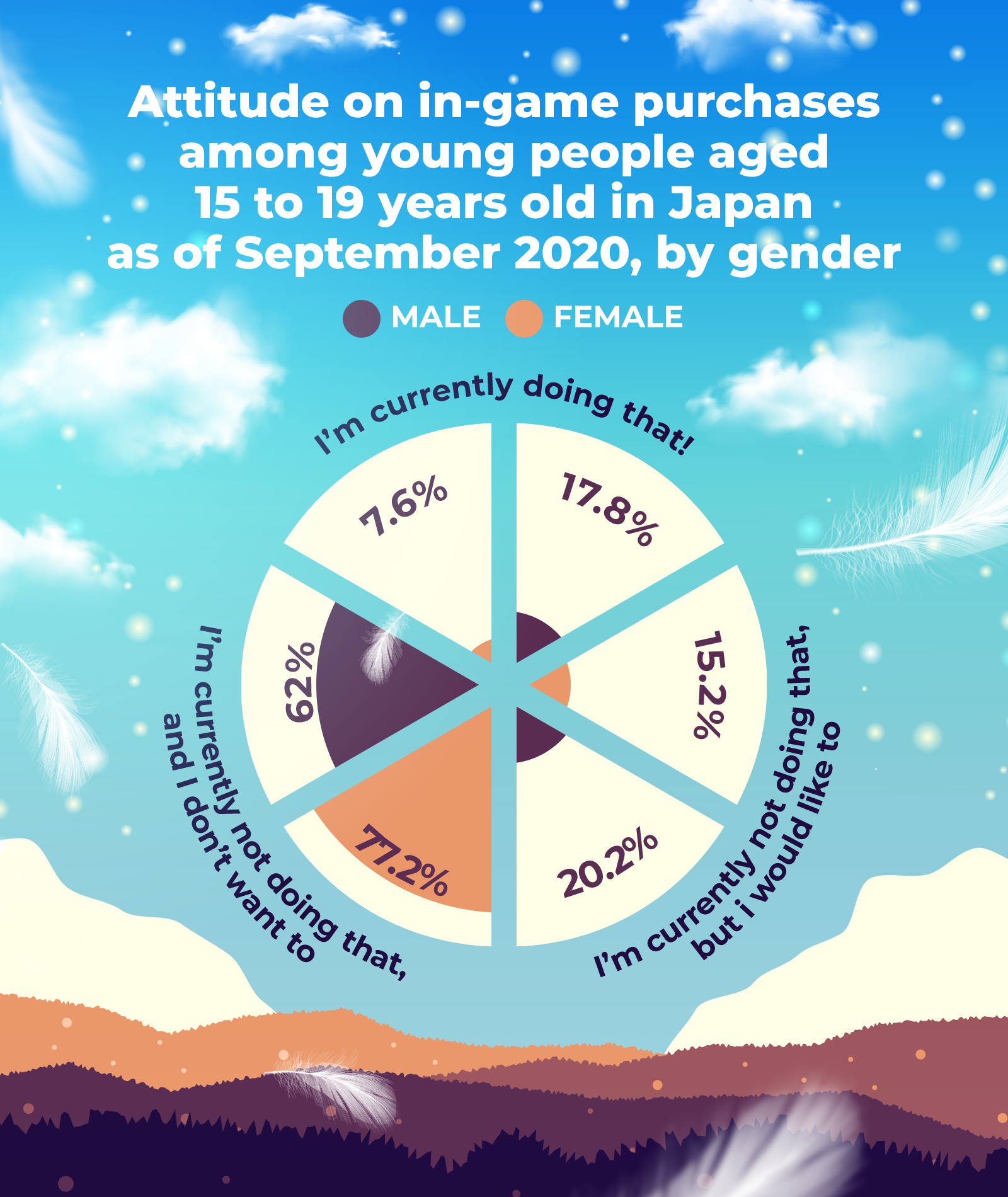 Worryingly, a 2020 study of teenagers in Japan
indicated that almost 18 percent of males aged between 15 and 19 were currently
making in-app purchases, while a further 20 percent would be interested in
doing so.

While these figures were slightly lower for
females at 7.6 percent and 15.2 percent respectively, the conclusion remains
the same – the popularity of Gacha games is on the rise and better
protections are needed.

What Does The Future Hold For Gacha Games?

Given their incredible popularity with players
and the vast sums of revenue that they draw in for developers, it’s clear that Gacha
games aren’t going anywhere.

However, given their addictive qualities and the
undeniable similarities they have to online gambling, it seems likely the
regulations surrounding them will have to be reviewed.

With new measures needed both to ensure players
under the age of 18 don’t spend money they can’t afford and to limit the access
problem gamblers have to Gacha games, there’s a lot to be done.

Video game rating system PEGI has recently added a warning icon for titles that include in-app purchases, but greater scrutiny of the practices used by companies offering them is also long overdue.