The stories of
poker prodigies have always been very popular in the poker community.

Hearing how the likes of Tom Dwan or Annette Obrestad came out of nowhere and conquered the game gives hope to everyone else that they could make it on the green felt and go on to live their best life as poker pro.

Whenever a new
prodigy appears, it sets the poker world abuzz, and that’s exactly what
happened in late 2010 when a thread popped up on the popular 2+2 poker forum
about a young gun from Portugal who was crushing high stakes.

According to
some accounts, the alleged prodigy was still underage, but he was already
crushing some of the biggest online games.

This is how the myth of José “Girah” Macedo started and at first, people were simply intrigued. Who was this new kid, and was he really as good as the rumors made out?

Sadly, what had the makings of a great poker story, similar to those of Tom Dwan or “Isildur1,” ended up as one of the most notorious scandals in online poker history, involving several other well-known pros.

The Makings Of José “Girah” Macedo

For several
months, rumors were spreading across the poker community but there was no real
information about this alleged Portuguese poker prodigy.

Then, in early
2011, a thread appeared on the 2+2 forum that would set the course for future
events.

The thread was
created by none other than “Girah” himself.

After so many months of being kept in the dark, the entire community was eager to get some answers, and José Macedo generously offered some of them.

In this thread,
“Girah” gave his backstory and explained how he got into poker. According to
this post, he started grinding 1c/2c tables and slowly building his bankroll,
playing six to 10 hours every single day.

Describing his
poker journey and how he kept learning and improving, Macedo left quite an
impression on the community.

A screenshot of
his results across various stakes was added to his post, and the numbers were
really impressive. It seemed like “Girah” was really crushing it on these
smaller European sites, but he wasn’t willing to share his screen names.

Given all the
circumstances, this made sense. He had only recently become of legal age to
play poker, and it was probably better for him if his online aliases were kept
hidden.

But, reading
that post with fresh eyes and knowing what we know now, something wasn’t quite
right about his story from the get-go.

Too many metaphors, a mandatory sob story, and a few other bits and pieces that could indicate that not everything was how Macedo was trying to portray it.

At that point in
time, it didn’t seem like Macedo had any incentive to lie, and his story was
backed by two well-known pros: Dan “Jungleman” Cates and Hasibi “DogIsHead”
Qureshi.

But, some
posters were skeptical about the whole thing, claiming “Girah” was a
fictitious creation of these two players and that they actually used
“Jungleman’s” stats in the post.

The picture,
which was later removed from the thread, showed Macedo was over $1.6 million in
profit, playing everything from $3/6 NL all the way up to $50/100 NL.

Despite these doubts, José “Girah” Macedo was hailed by most as the new poker prodigy, which opened doors for him.

He landed a contract with Lock Poker and got involved with Poker Strategy, one of the leading poker training sites at the time. 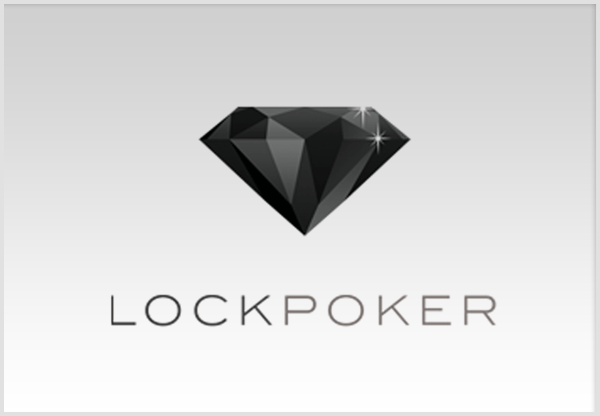 “Girah” Cheating Scandal: The Fall Of The “Portuguese Prodigy”

The controversy
over Macedo continued over the next few months.

The poker
community was divided between those who believed the whole story was made up by
Cates and Qureshi and those who were convinced “Girah” was the real deal.

But, by August
2011, things started to unravel, and the story of the new poker prodigy began
to take an ugly turn.

In the months
leading up to the scandal, Macedo spent a lot of time sweating high-stakes
players.

He got them to
play against an alleged “whale” and watch their sessions over Skype.
The account in question – “sauron1989” – was a horrible player
according to “Girah” and he was giving money away.

Yet, it seemed
that everyone who decided to take on this supposed “whale” somehow ended up
losing.

While it’s
possible even for the biggest of fish to run hot every now and again, for them
to consistently beat some of the best players around was very suspicious.

Something didn’t
add up in Macedo’s story.

“MossBoss”
– one of the players who was part of “Girah’s” Skype strategy group
and who lost over $21,000 to “sauron1989” – decided to start an
investigation, and what he found was very interesting.

He looked at
Skype chat logs and concluded that Macedo and “sauron1989” would
often disconnect at the same time. This, combined with the fact that this
supposedly bad player was crushing everyone, was enough to blow the whole thing
open.

Other members in
Macedo’s Skype group started to pressure “Girah,” demanding an
explanation.

Eventually, he
crumbled under pressure and came out clean in another 2+2 post. This one wasn’t
nearly as impressive as the first one, though.

He explained
that a friend of his suggested to him that he should set up matches where he
could see the players’ hole cards by watching them via Skype.

He would then
convey the information to said friend, giving them all the advantage they
needed to win.

Whether there
was a friend or just “Girah” all the time and the “friend” is just another
product of his imagination was of no consequence.

José “Girah” Macedo admitted to cheating. Not only that, but he did it in the most sinister of ways, taking advantage of people who trusted him.

The jig was up.

The myth of the
“Portuguese poker prodigy” crumbled, and it was substituted by the
outrage of the entire poker community. Macedo lost his sponsorship deal with
Lock Poker and was forever marked as a cheater.

But, how did José “Girah” Macedo come into this position in the first place? Why did he have to steal money if he was so good at poker?

There were still
so many questions, some of them not answered to this very day.

Was There Ever A “Poker Prodigy”?

After the whole
“Girah” scandal was uncovered, people went back to the original story and
started questioning its legitimacy once again.

The new
information seemed to suggest that Macedo was never really a poker prodigy. He
was just a young guy hyped up by a couple of pros since his actual results were
never confirmed.

Cates and
Qureshi came under heavy fire from the community. Since they were the ones
vouching “Girah” was the real deal and played a critical role in his rise,
people wanted an explanation.

Were they duped
as well, or was there something more sinister going on?

Both pros were
friends with “Girah” and have been known to back him. They were also about to
move to Portugal to live with him and play poker together just before the
scandal broke.

For his part,
Cates explained that this came as a shock to him as well.

“Jungleman” said
that he couldn’t understand why “Girah” would do something like this and throw
away his entire career in this fashion. He repeated the same thing in several
interviews later on.

Quershi, who had
a much closer relationship with Macedo, was even more upset.

In his forum
post, Haseeb stated that the whole situation was completely unexpected, and he
couldn’t believe Macedo was the kind of person who would do something like
this.

In that same
statement, Quershi also refuted all accusations that “Girah” was some
puppet of a high-stakes scamming ring and that the whole point of his existence
was to somehow scam other players out of their money.

Haseeb and Cates
promised to reimburse Macedo’s victims as they were the ones who vouched for
him in the first place but took no responsibility for the cheating scandal.

As always, the
community was split.

Some believed
that the two pros, and Cates especially, were also victims of Macedo’s lies.
Others weren’t as convinced.

However, it was
impossible to say what had really transpired. There were many questions but
very few answers, and one of the most infamous cheating scandals in online
poker remains covered in a veil of mystery to this very day.

As for Macedo,
after his confession, he disappeared from online poker.

His demise was
just as quick as his rise to stardom. The legend of the Portuguese poker
prodigy was over, and it left everyone who was a part of it in one way or
another with a bad taste in their mouth.

What Ever Happened To José “Girah” Macedo?

It was clear
“Girah” had no place in the online poker community after everything that took
place.

He lost the
trust of his friends, he lost his backers and, most importantly, he was marked
as a cheater. His days of playing high-stakes online poker were over.

In most cases,
this is where the story ends, as those who exit the poker world tend to fall
off the radar, and it’s very hard to find any relevant information about their
whereabouts.

However, in 2014, PokerNews caught a story about José Macedo, who was back on his feet, albeit doing something not connected to poker in any way.

Instead, he started a cleaning service agency in the United Kingdom, allowing students to earn some money by taking up cleaning jobs at the University of Lancaster campus. 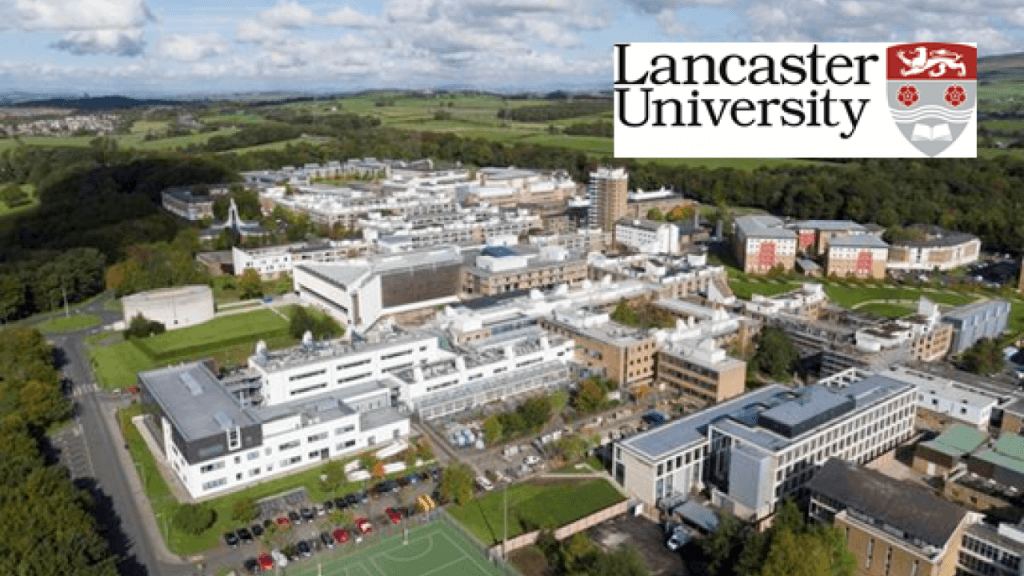 His new business
was doing pretty well as the demand was big, and Macedo, who started the
company with a couple of his friends, was going places.

It seems like José Macedo learned his lesson and turned the page to earn money the right way. That’s at least one bright takeaway from this entire story.

As for the rest,
it’s impossible to say what really happened in 2011.

It’s clear that “Girah” scammed players – that much he admitted himself. But the real circumstances of the whole scandal and whether someone else was in on it will probably remain a secret.