Kerry Packer
was Australia’s larger-than-life media tycoon, known for a bullish approach to
business. Yet, Packer’s influence reached far beyond the corporate world.

Among other
things he revolutionized the game of cricket, was a key influence in many of
Australia’s political contests and, after suffering a heart attack, ensured
every New South Wales ambulance was fitted with a defibrillator.

However, Packer
will always be most remembered as a formidable gambler.

A man who could
make or break a casino’s year in the space of a few short hours. Whilst casino
managers feared him, staff adored him for both his humor and his habit of
giving incredible tips.

But how did
Packer come to have wealth that made the owners of even the biggest casinos
tremble? And why did he invest so much time, money, and effort into cricket?

The answer
begins in a hot, mid-December Sydney.

Kerry Packer was born in December, 1937, in Sydney, Australia to Sir Frank Packer and Gretel Bullmore. Packer’s early childhood was spent living through World War Two and the widespread fear of a Japanese invasion.

Following
Japanese submarine attacks on Sydney harbor during May and June 1942, Packer
was sent to live with an aunt in Bowral, a remote town in the New South Wales
Southern Highlands.

It was during
Packer’s stay in Bowral that he fell ill, contracting polio and spending nine
months in hospital as a result. After leaving the hospital Packer moved to
Canberra for two years where he slowly regained his full strength.

Packer’s
prolonged absence from education meant that he struggled upon returning to
school in Sydney. Undiagnosed dyslexia made catching up all but impossible and
Packer was soon labeled “the family idiot” by his father.

Cruel nicknames
of this kind were not uncommon, and Packer struggled to develop close
relationships with either of his parents. He often put this down to his parents
being extremely busy people, who prioritized work and the war effort above
parenting.

Packer never spoke ill of his parents and was quick to describe his father as firm but fair in an interview transcribed by Inside Story: “So, what was my father? What were my feelings towards him? I was a bit scared of him. He was a strong man. He was a just man.” 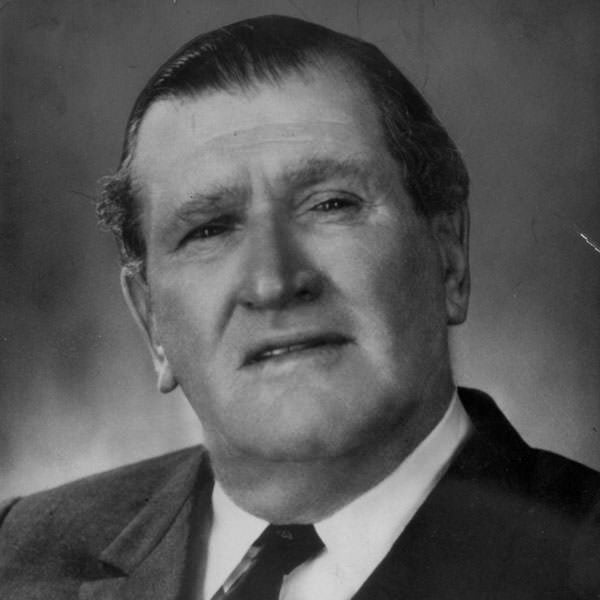 Although Packer
always maintained that his father was a good man, other people described Sir
Frank Packer as a monster, prone to drunken rages.

Many have
suggested that Packer suffered both physical and psychological abuse from his
parents, which may have affected him throughout his adult life.

Kerry Packer
was not a self-made man, receiving the entirety of his father’s AU$100 million media
empire upon his death in 1974.

At the time of inheritance,
the empire was made up of two television stations, a number of radio stations,
multiple provincial newspapers, and the country’s largest magazine publishing
company.

Famously,
Packer only received this inheritance because his older brother Clyde was
written out of his father’s will following a dispute that occurred two years
before Sir Frank’s death.

After taking
over the reins aged 37 Packer rapidly proved himself an effective businessman,
expanding his father’s empire to include property development businesses whilst
also investing heavily in cattle ranching.

Yet, the media
business remained Packer’s bread and butter and this industry was the basis of his
most famous business deal.

The first part of the deal came in 1987, a time when Australian TV stations were skyrocketing in value.

Packer decided to sell his station The Nine Network to fellow high flier Alan Bond for a staggering AU$1 billion. 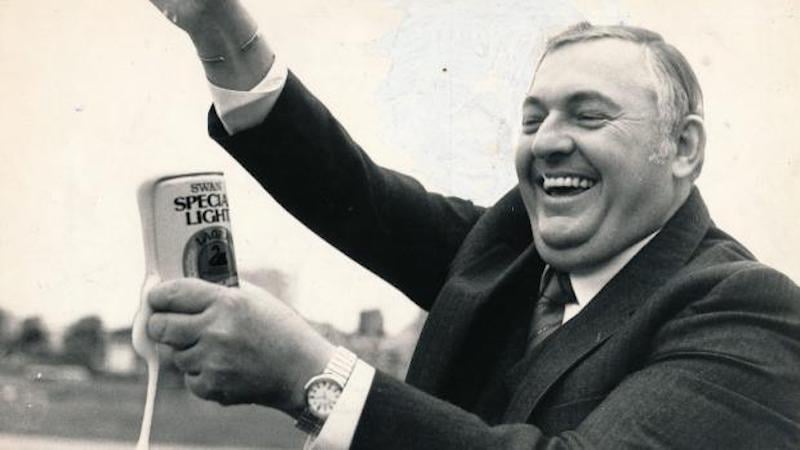 The second part
of the deal occurred a mere three years later when Packer bought the station
back from a financially struggling Bond for a paltry AU$200 million and netting
an incredible AU$800 million profit.

Afterwards he
was infamously recorded saying “You only get one
Alan Bond in your lifetime, and I’ve had mine.”

Knowing when to buy and when to sell defined Packer’s career, and consistently landing on the right side of deals saw him become Australia’s richest person and the 94th wealthiest individual in the world.

His estimated net worth peaked at over $5 billion, whilst his land
holdings amounted to an area the size of Belgium. 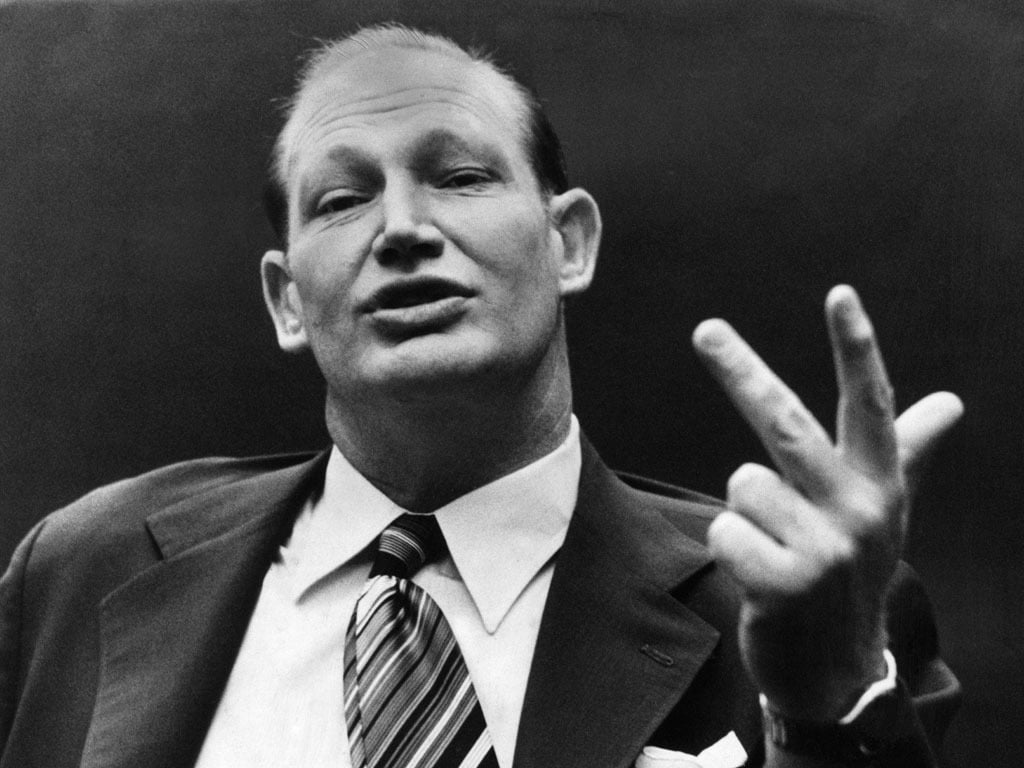 It may be hard
to believe now, but in the 1970s few people thought cricket had serious
commercial potential.

Games were slow
and grinding, very little revenue was making it to the players and, consequently,
many of them were struggling to make ends meet.

It came as some
surprise then, when Packer’s bid to secure exclusive broadcasting rights for
Australia’s 1976 test matches was rejected by the Australian Cricket Board,
despite it being an exceedingly generous offer.

Not one to
accept rejection gracefully, Packer responded by creating his own cricketing
series, World Series Cricket, which he designed to maximize the commercial
potential of the sport.

Using his formidable wealth Packer contracted a number of the globe’s foremost cricketing stars, including English captain Tony Grieg. With these players in tow Packer created several international teams that played each other across two seasons in 1977-78 and 1978-79. 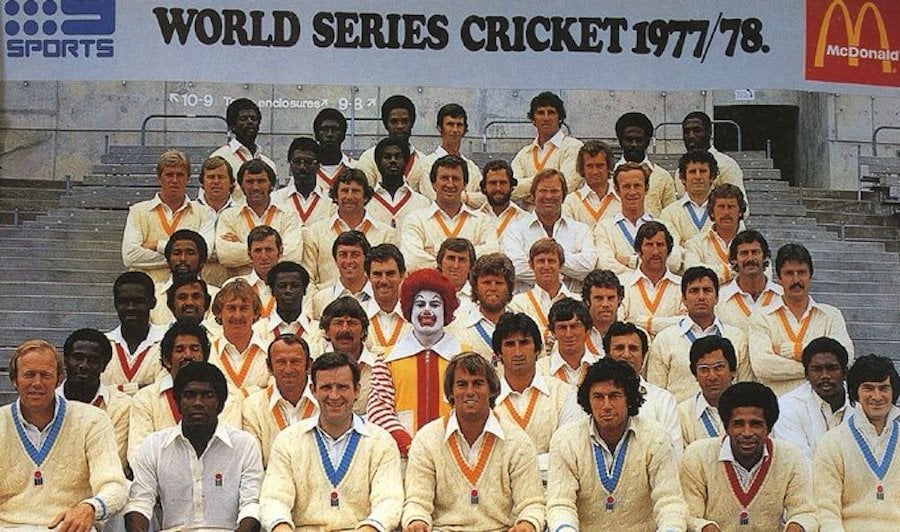 As World Series
Cricket was unbound by laws and traditions, Packer changed the game to make it
more broadcaster friendly and marketable.

Matches were
shortened from five day tests to one day internationals and games were played
during both day and night, a format that has proved popular ever since.

Helmets,
brightly colored uniforms and professional level salaries were also all
implemented by World Series Cricket and have since become standard for nearly
all forms of cricket.

After the
1978-79 season, World Series Cricket was terminated in a deal that saw Packer’s
Channel Nine awarded exclusive rights to Australian Test Cricket, as well as an
unheard of 10-year promotion and marketing contract.

Packer’s
influence on the game was never forgotten and a minute’s silence was held
before the second day of the Australia vs South Africa test match after the
world learned of his death.

The Highest Of
Rollers

Even
though Kerry Packer dominated the business world and reshaped an entire sport
he will be mainly remembered as a sensational gambler.

His
exploits were largely due to his immense wealth, as Packer could afford to make
bets that other people can only dream of.

In
fact, Packer was seen as the biggest gambler in the world for much of his life,
and his appearance was known to make many a casino manager weak at the knees
with a mixture of both hope and fear.

Packer’s favored game was baccarat, and his regular haunts included the MGM Grand, Bellagio and the exclusive Crockford’s in London.

At
the latter, Packer made an unwanted piece of history, breaking the record for
the biggest ever gambling loss to occur in Britain. 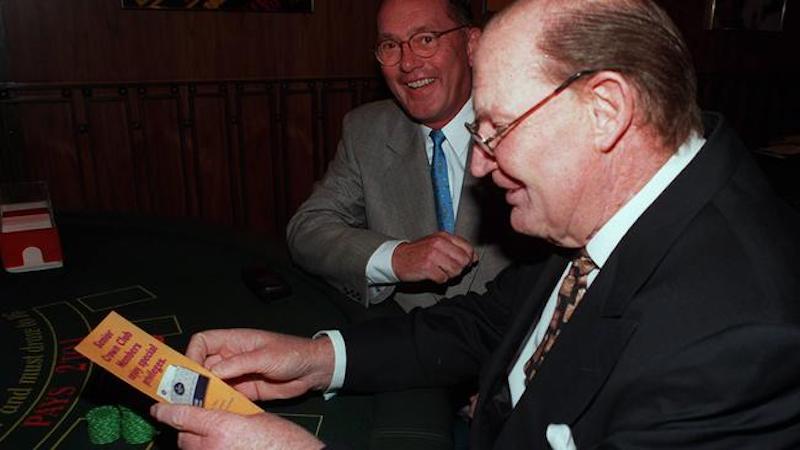 You win some, you lose some as the old saying goes, and Packer certainly won his fair share.

Perhaps
his greatest gambling win took place at the MGM Grand in Las Vegas where he
won $20 million in 40 minutes. An amazing feat only made possible because
Packer was placing $250,000 bets across eight tables simultaneously.

Of
course, betting of this magnitude can have massive impacts on the casinos
themselves and a visit by Packer could transform a casino’s fortunes – for
better or for worse.

If
he lost big, the companies that owned the casino would see their stock rise on
Wall Street. However, if Packer won, the casino might find itself strapped for
cash.

On
more than one occasion Packer was politely asked by management to go and gamble
elsewhere while the house recovered. An embarrassing conversation for any
casino manager to have, and one that Packer reportedly relished.

Regardless of whether he won or not, Packer always found the time – and the money – to tip the staff serving him. From buying a car for a casino valet, to paying off a cocktail waitress’ $130,000 mortgage, his generosity was widely known.

However,
Packer’s gratuities, whilst large, were not always straightforward.

His favorite way of spicing things up was to bet on behalf of the dealer. In one instance Packer bet a $100,000 tip on a game of blackjack and duly won to the immense excitement of all the casino’s staff.

Tips
of this magnitude was something unheard of, as explained by former executive at
Wynn Casino, Paul Weintraub: “He was the biggest tipper ever in this city.
No one has ever made a $100,000 bet for a dealer except him. I just think he
was very generous.”

Clearly,
Packer was a man who liked to let his gambling do the talking.

An attitude that was perfectly illustrated in a story told by Mirage Resorts President, Bobby Baldwin. According to Baldwin, Packer was playing cards at a table in the Bellagio, when a loud and obnoxious Texan asked to join his table.

Despite
Packer’s refusal the Texan continued to insist, stating: “I’m a big player too.
I’m worth $100 million.”

Packer
fished a coin from his pocket and turned to face the man before saying coolly,
“If you really want to gamble, I’ll flip you for it.”

Needless
to say, the Texan did not take him up on the offer.

Towards the end
of his life Kerry Packer was very unwell, having suffered from at least four
heart attacks.

One of these, which occurred while he was playing polo, left Packer clinically dead for seven minutes. After being resuscitated by paramedics he duly donated AU$2.5 million to the health service to ensure all New South Wales ambulances were equipped with defibrillators.

Despite these
medical interventions Packer’s ill health eventually caught up with him, and he
passed away on December 26, 2005, at the age of 68.

He was awarded
a state memorial service which took place at the Sydney Opera house. His son
James, actor Russel Crowe, and Prime Minister John Howard all gave speeches.

Packer was
survived by his wife Roslyn, son James and daughter Gretel, all of whom he had
an extremely close relationship with.

The Packer Legend Lives On 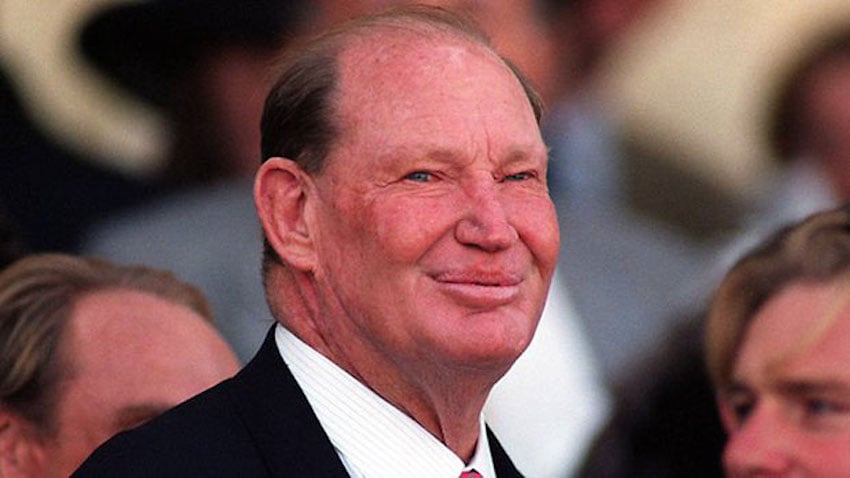 The ‘all in’ approach Kerry Packer took to life has meant his influence is still being felt today, 17 years after his death.

The continued rise of short form cricket and its increasing popularity in broadcasting being just one example.

Perhaps most
fittingly for a gambler of his stature, the Packer name once again made
headlines recently as Crown Sydney – the casino dream of son James dating back
10 years, but one he was not able to realize – finally opened after being granted
a license.

Whilst this new
casino is sure to attract gamblers from around the world, no one expects it to
cater for a gambler of his father’s legendary caliber.

As Paul Weintraub put it: “I’ve been in this business a long time. I’ve seen the biggest players in the world. I don’t think there will be a player like Kerry Packer again.”