There are
different ways to measure success in the poker world. According to some, a
player’s total winnings are the only true indicator of their ability, while
others believe that major titles are just as important.

In the latter
group, especially vocal are those who think that WSOP bracelets are indicative
of one’s overall abilities.

There is a lot
to be said on that topic, especially since many great players don’t
particularly care about bracelets or tournament poker at all, for that matter,
but that’s a discussion for another day.

In this article,
we’ll be looking at 10 of the best poker players out there who still don’t have
a WSOP bracelet for one reason or another. 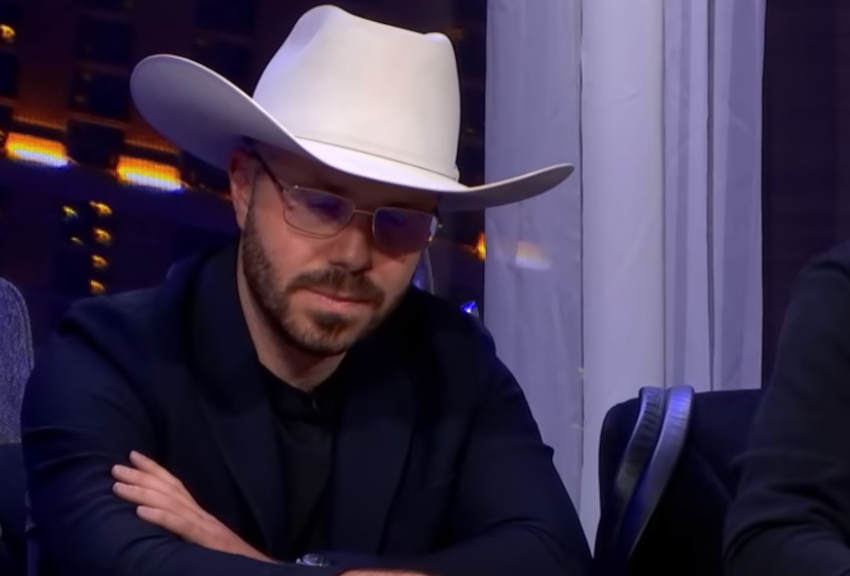 One of the best poker players hailing from the US, Dan Smith is a name that many might be surprised to see on this list.

With almost $38 million in tournament cashes, Smith is currently ranked 6th on the global All Time Money List.

What’s more, about a quarter of that number came from the World Series events, with $4 million attributed to his 3rd place finish in the 2018 Big One for One Drop event.

Smith had a few more close calls, finishing runner-up in the 2016 High Roller for One Drop and placing third four more times.

There’s no doubt in anyone’s mind if the tournament specialist should have a bracelet or even several of them based on his performance.

Dan Smith is easily one of the best poker players alive, with several wins in EPT and WPT events.

It probably
won’t be long before he adds a WSOP win to his impressive poker résumé but so
far, the poker gods have denied him the honor. 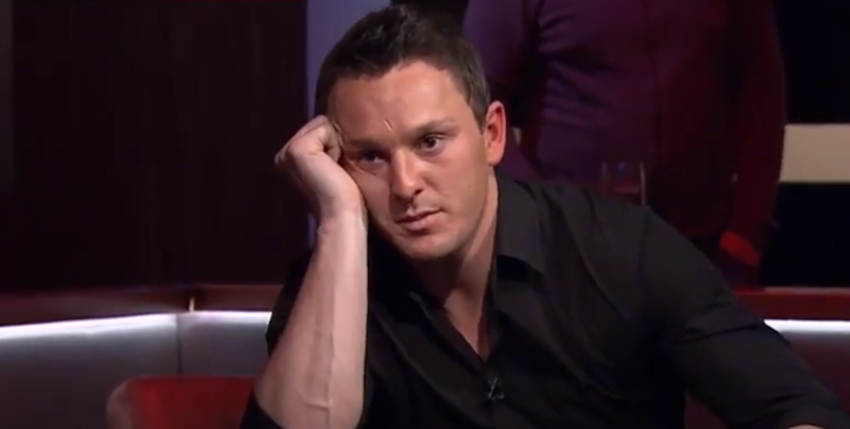 While he is no
longer in the spotlight, Sam Trickett used to be one of the most recognizable
faces in poker. Hailing from the UK, Trickett jumped on the poker boom
bandwagon and rode it all the way to massive success.

Over the years, the Brit has amassed tournament winnings close to $22 million.

On top of this, he was a regular staple in numerous high-stakes cash games and had partnerships with popular poker brands, so it’s fair to assume he amassed a decent net worth overall.

Of course, Trickett’s best result by far was his runner-up finish in the inaugural Big One for One Drop tournament in 2012.

Despite losing to Esfandiari in the final skirmish, Trickett took home over $10 million for his efforts.

But, like Smith
and others on this list, Trickett is also yet to claim a WSOP bracelet.

While he made a
few WSOP final tables in his career and got heads up two more times, he just
couldn’t close the deal.

In recent years,
Sam Trickett hasn’t been nearly as active in the live poker scene, and chasing
bracelets doesn’t seem like a priority for him.

Still, with so
much experience under his belt and a solid bankroll to boot, he could join the
ranks of bracelet winners at some point. 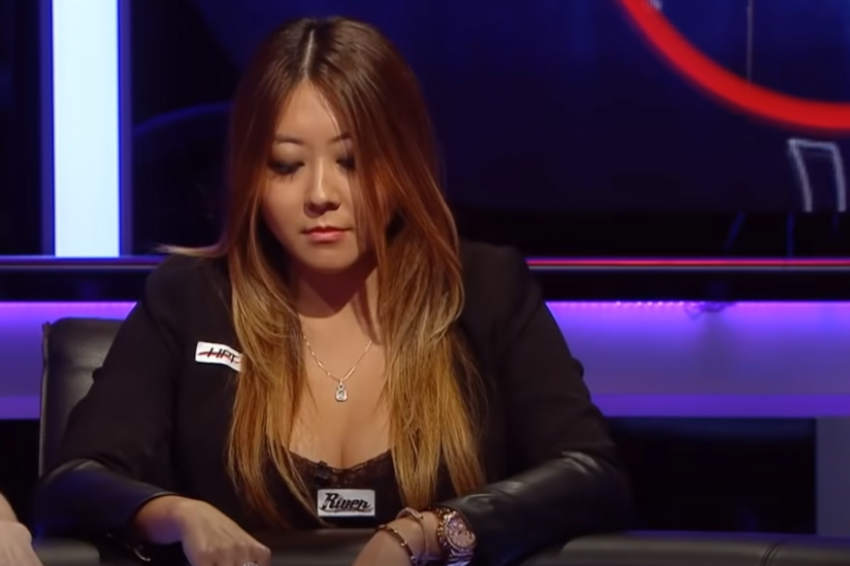 A poker player,
TV presenter, and one of the top poker personalities, Maria Ho is also still on
the quest to win her first WSOP bracelet.

This does come
as a bit of a surprise, given she’s been very active on the tournament circuit
in general, but it’s simply the case of bad luck in important spots.

Maria has over $4.2 million in live tournament earnings, and she’s cashed in 69 WSOP events at the time of writing this article.

So, it’s fair to say she’s no stranger to the World Series.

Her best opportunity came over a decade ago, in 2011, when she found herself heads up for the title in a $5,000 No-Limit Hold’em event.

Unfortunately, she couldn’t quite close the deal as she was stopped in her tracks by Allen Bari.

Ho has had
several other impressive finishes in the WSOP, including 6th place in
the 2017 WSOP Europe Main Event. Her total World Series winnings are in excess
of $1.7 million.

If I were to
bet, I’d safely put my money on Maria Ho winning a bracelet in the next few
years.

She has passion
and dedication to the game and truly enjoys the grind, so it’s more a matter of
“when” than “if”. 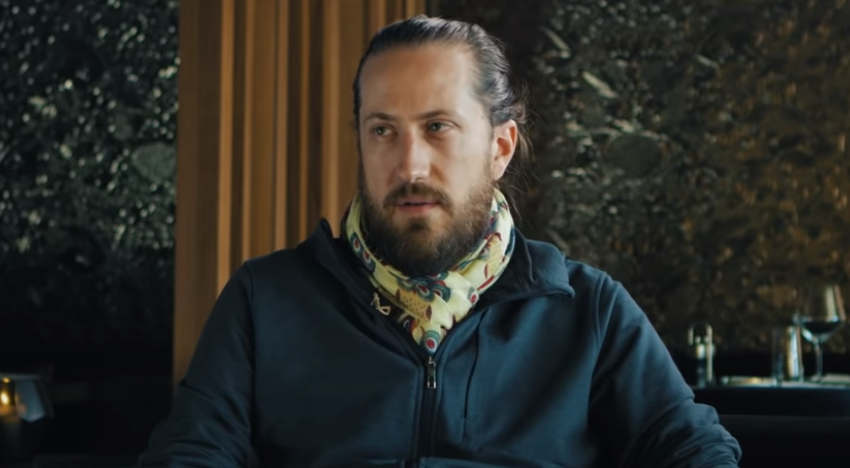 Another player who
somehow doesn’t own a bracelet is Steve O’Dwyer.

Often dubbed the
“Hairy Beast” for his trademark long hair and beard, O’Dwyer certainly is a beast
at the tables, having accumulated just shy of $31 million in live winnings and
over $7 million online.

What’s even more
impressive is that O’Dwyer’s biggest single cash win is around $1.9 million, so
he didn’t “luckbox” one or two tournaments to get to these numbers.

Instead, he’s
had many wins and top-three finishes over the years, showing he’s a true
grinder and a proper “beast” to be avoided on the green felt.

Despite this
impressive résumé, though, he’s still short of a WSOP bracelet.

Looking at his stats, O’Dwyer has had 19 WSOP cashes, adding up to just over $700,000, so he clearly wasn’t focused too much on playing the World Series.

This is probably partly why he’s still not won a bracelet.

His résumé lists
over two dozen wins in various tournaments, including an EPT title from 2013.

He’s also had
close to 20 runner-up finishes and countless final tables throughout his long
and extremely successful career. 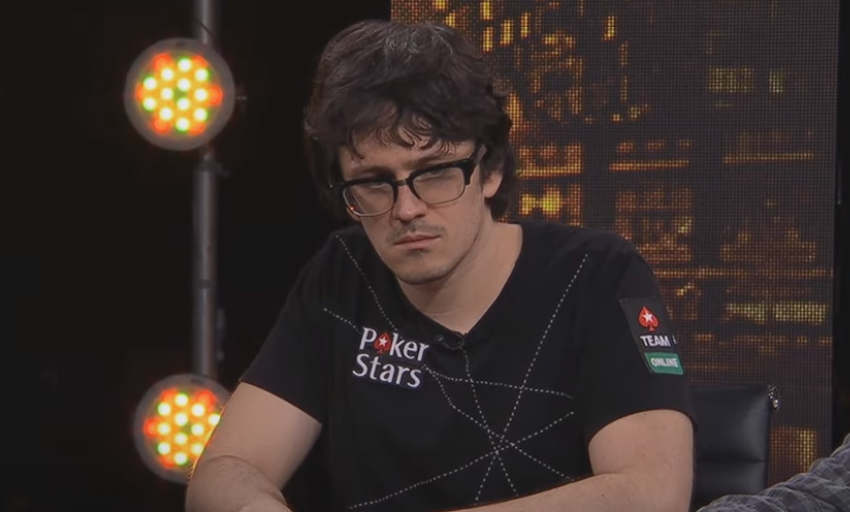 Isaac “Ike”
Haxton is a name that almost all poker fans out there will know straight away.

While he never
got the same amount of media attention as some other players on this list,
Haxton’s results spoke for themselves, making him one of the superstars of the
poker world.

With that in mind, it’s perhaps less surprising that Haxton still doesn’t have a bracelet to his name.

Still, the
American had a few decent shots at a bracelet over the years.

If Haxton really
sets his mind to it, it’s easy to see him winning one or multiple bracelets in
the next few years.

For the time
being, he seems focused more on high buy-in events where fields are smaller and
prizes bigger, which probably makes sense for his bankroll.

There is still
plenty of time left to worry about the legacy. 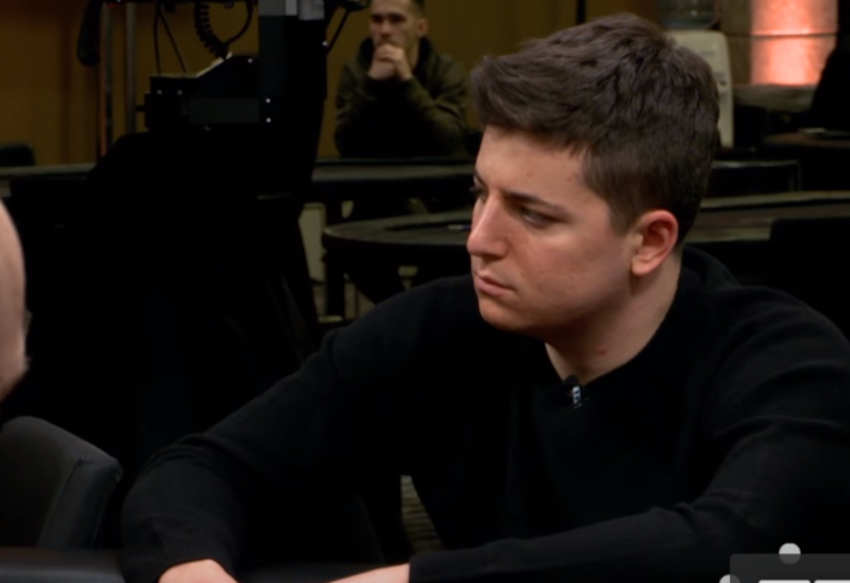 While Jake
Schindler may not be a hugely well-known name in wider circles of poker fans,
there is no doubt he is one of the best tournament players around.

Hailing from
Pennsylvania, US, Schindler has amassed over $28 million in live tournament
winnings in the span of a decade.

Like many young
pros, Schindler specializes in high-roller events, and the fact he’s found so
much success in such a tough competition speaks volumes about his poker playing
abilities.

How he still doesn’t have a WSOP bracelet is a bit of a mystery, but it’s probably just variance.

Schindler does
have a WSCOP Circuit ring to his name, and he made a few final tables of WSOP
tournaments in recent years, so it’s just a matter of time before the stars
finally line up for him and he successfully closes the deal in one of these. 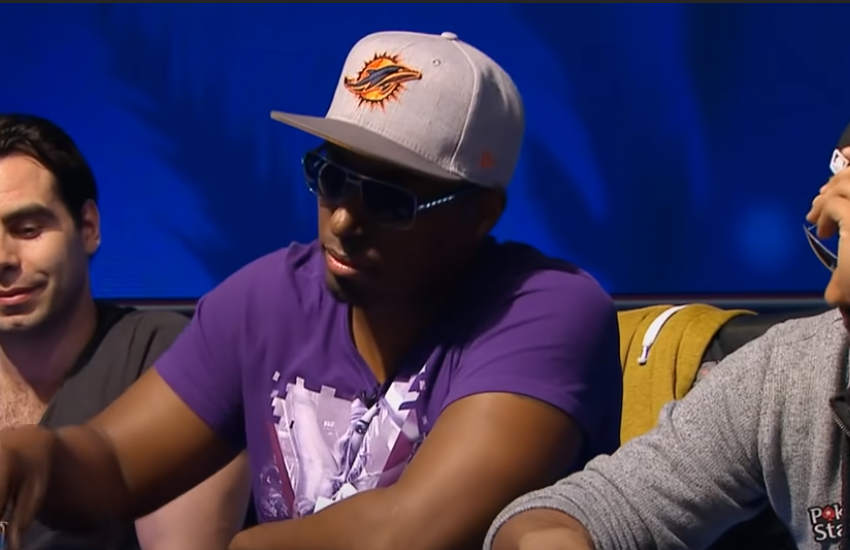 If you’re just a
casual poker fan, it’s likely you don’t know much about Maurice Hawkins.

But if we’re
talking about players who don’t have a WSOP bracelet, this name simply must be
included in the list.

At first glance,
Hawkins has slightly over $4 million in tournament earnings, which is a great
result but hardly too impressive compared to other names on this list.

So, why should
he get a spot in front of so many other players with similar results?

The answer is
simple.

It’s because
this man has 14 WSOP Circuit rings and almost 150 cashes in WSOP and WSOPC
events.

If there’s ever
been a prototype of a live tournament grinder, this is it. Hawkins lives and
breathes poker, and he is heavily focused on all things WSOP.

Clearly, Hawkins doesn’t have as big of a bankroll as other players on this list, so he mostly plays in larger-field, smaller buy-in events.

Winning a bracelet is no easy task regardless of how good a player one might be.

One thing is
certain, though. Hawkins enjoys playing poker and he’s not going anywhere, so
sooner or later, he’ll get to adorn his wrist with a coveted bracelet.

After all, he’s
already got more rings than fingers, so it’s time to start picking some other
types of jewelry. 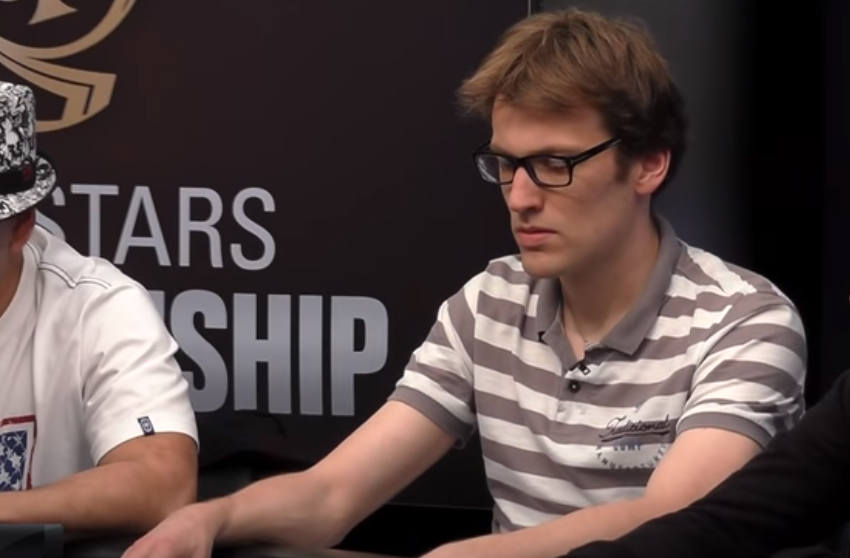 If you think
about the high-stakes tournament scene today, the first association that comes
to mind is Germany.

The country has
produced many capable young players who have been crushing it on the live
circuit, taking down countless titles in tournaments with six-figure buy-ins.

Christoph
Vogelsang is one of the more successful members of this group, with $25.5
million in live tournament winnings accumulated over the span of just seven
years.

The young German
has had quite a bit of success in World Series events as well, with about
one-third of his net worth coming from WSOP cashes.

The most
significant one came in 2014 when his third-place finish in the $1MM Big One
for One Drop netted him just shy of $4.5 million.

This wasn’t Vogelsang’s
biggest win to date, though.

The German
phenom has built an impressive and envious poker career in such a short span,
but a WSOP bracelet continues to elude him.

He’s certainly
got the skills and the bankroll, so all that’s missing is a bit of good run
when it matters, and I’m sure Vogelsang can join the elite club of WSOP winners
in the near future. 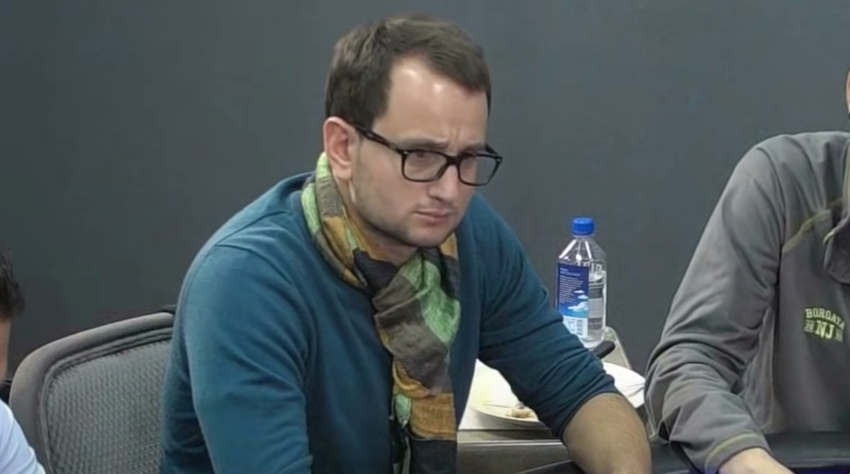 Continuing in
the same vein, the penultimate name on our list is Rainer Kempe.

Another
representative of the German poker school, Kempe is a highly successful
high-roller but with no recorded WSOP wins to date.

Kempe’s total tournament take is over $21.6 million, with two single biggest cashes coming from Super High Roller Bowl events in Las Vegas and Macau (in 2016 and 2018).

Those two scores account for about a third of his total winnings.

But the German
has had many more wins in high buy-in events over the years, so he’s definitely
not a one-trick pony.

As far as his
WSOP performance is concerned, Kempe didn’t have much success at the series in
the past.

He’s played in
quite a few four-figure buy-in tournaments, which isn’t that common for
high-rollers of his caliber, suggesting the German would like to capture at
least one bracelet sooner rather than later.

Wrapping up our
list of the best poker players without a WSOP bracelet, is US-born Thomas
Marchese, whoses current record shows $19.2 million in live tournament
earnings.

Like many others
on this list, Marchese has found a lot of success playing in high-roller
events, building his bankroll and confidence at the tables.

With over a
dozen seven-figure scores, he belongs to the top echelons of the poker world.

But, like the
rest, Marchese still misses a WSOP bracelet to complete his professional
profile.

In addition to
No-Limit Hold’em, Marchese is also a Pot Limit Omaha specialist, and he proved
that several times at the World Series.

In 2015, a
bracelet was within his reach when he made it all the way to the final two in a
$1,500 PLO event, but in the end, he had to be content with a runner-up finish.

That close call didn’t discourage Marchese, though, as he continues to grind away at his opponents and sooner or later, a WSOP bracelet is likely to find its way onto his wrist.