One of the
wonderful things about poker is that it attracts people from all walks of life.
From broke students to eccentric billionaires, the game is open to everyone.

Guy Laliberté,
the founder of the famous Cirque du Soleil, clearly belongs to the latter
group.

The Canadian
billionaire was a part of the high-stakes poker scenes for years, driving
action in live and online games alike.

His life and
poker journeys are filled with excitement and controversy. While poker was just
one of his many hobbies, it was probably the most expensive one on the list.

Laliberté enjoyed
playing against the best of the best. For him, it was never about the money. He
was motivated by the challenge and the opportunity to sit across some of the
greatest minds in poker.

Of course, this
came at a price. Taking on some of the most experienced high-stakes regulars on
their home turf turned into a pricey lesson for the Canadian.

Luckily, he had
the means to afford it. 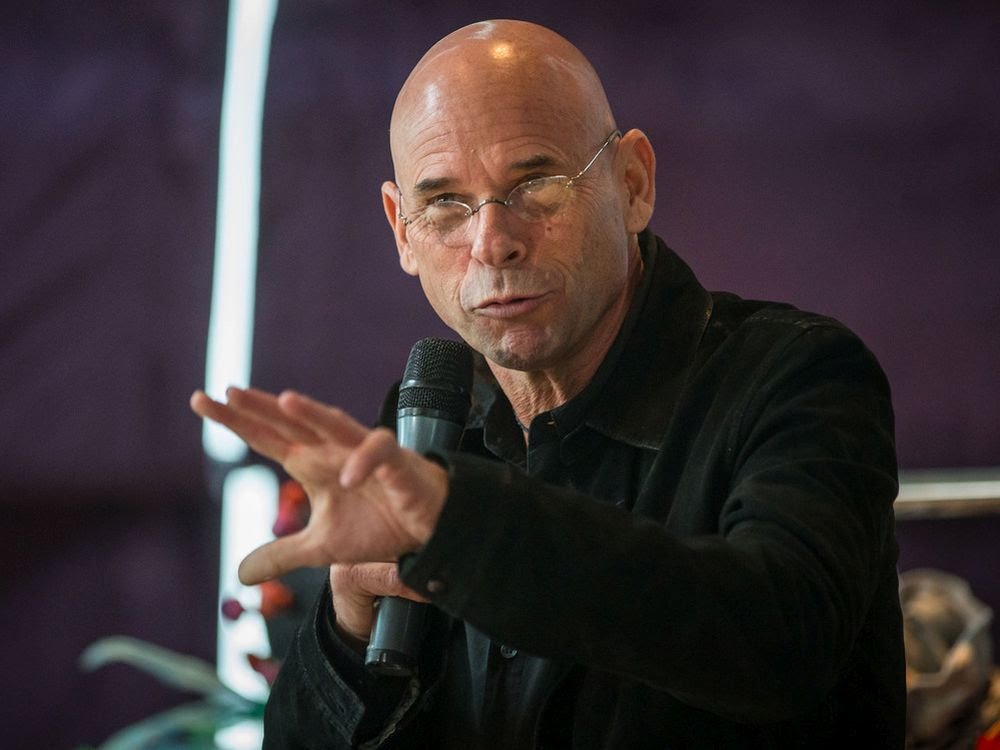 Some billionaires come from the money and get to enjoy the fruits of the labor of those before them, but not Guy Laliberté.

Coming from a very modest background, he managed to build a billion-dollar empire on his own.

Upon returning
to his native Quebec, young Laliberté joined a group of performers there and
continued to apply his trade. Then, in 1982, he caught a lucky break that would
change his life forever.

He helped set up
an international festival of performers in his hometown and the event turned
out to be a huge success. Prompted by this, the Canadian applied for a grant to
help finance Cirque du Soleil.

Despite
struggling initially, Laliberté’s imagination and determination helped keep the
business afloat. In 1985, they launched their first tour across North America
and never looked back.

Offering unique
and original performances fueled by Laliberte’s vision, the circus grew in
popularity, becoming one of the world’s biggest sensations. It wasn’t long
before the simple street performer turned into one of the richest people in
Canada.

Laliberté remained a major part of Cirque du Soleil until 2015 when a group of investors bought out a majority of the shares.

He still retained a small piece of the business and kept his role as a creative advisor until 2020. 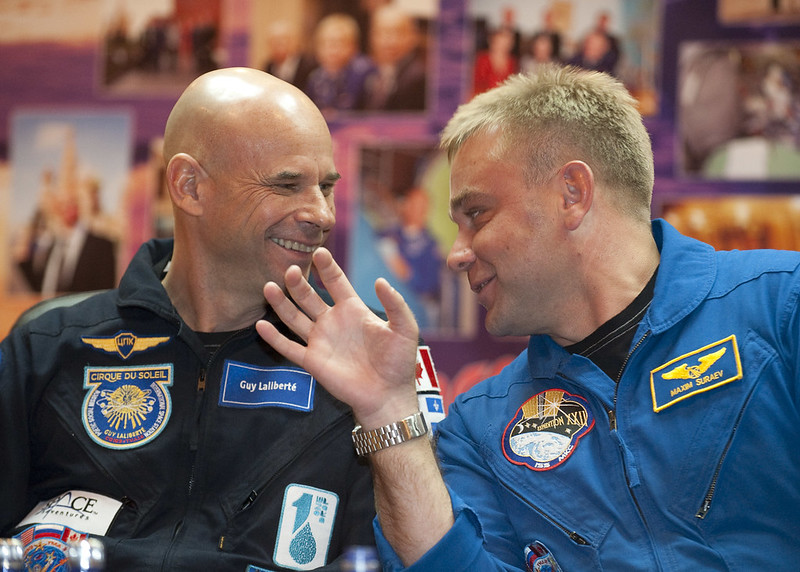 Laliberté’s
beginnings may have been difficult but once Cirque du Soleil became a global
sensation, he no longer had to worry about money. He could turn his attention
to other things, and the game of poker captured his fancy.

It’s not exactly
clear when Laliberté first took up poker, however, he first became known to the
wider audience as a poker player in 2007, when he made the final table of a
World Poker Tour event.

Already being
rich and famous, he was naturally a catch for poker producers. It wasn’t long
before he received invitations to join popular poker shows, most notably High
Stakes Poker.

The Canadian’s performance
on HSP is still etched in the memory of those who followed the poker world at
the time.

With a virtually
infinite bankroll and a very competitive spirit, Laliberté wasn’t there just
for show. He was the one driving the action, getting involved in some of the
biggest pots the show has ever seen.

Mixing it up with the likes of Doyle Brunson, Patrik Antonius, Barry Greenstein, Daniel Negreanu and the rest, the Canadian was always an unpredictable opponent.

Of course, Laliberté
was outclassed in the company of the best poker players (and probably aware of it)
but he was driven by the desire to beat them and was having a great time trying.

In one of the
most epic HSP hands of all time, he and David Benyamine got involved in a huge
$1.2 million pot. There was a lot of action on the flop, and it ended with Benyamine
moving all-in with a flush draw and Laliberté calling with the top two pairs.

When cards were
on their back, Laliberté decided to give Benyamine a break. He offered to take
what was in the middle (around $70,000), before all the crazy flop action,
instead of seeing the turn and the river for the full $1.2 million.

Of course, being
well behind with his naked flush draw, Benyamine was thrilled to accept.

It was a great
gesture and not something you’d see from any poker pro. But the Canadian never
pretended to be a pro. For him, it was more about the love for the game and the
competition.

He understood
that losing that pot would be a big hit for Benyamine, while a few extra
hundred thousand wasn’t a big deal for the billionaire. So he kept things nice
and friendly and gave him a huge break. 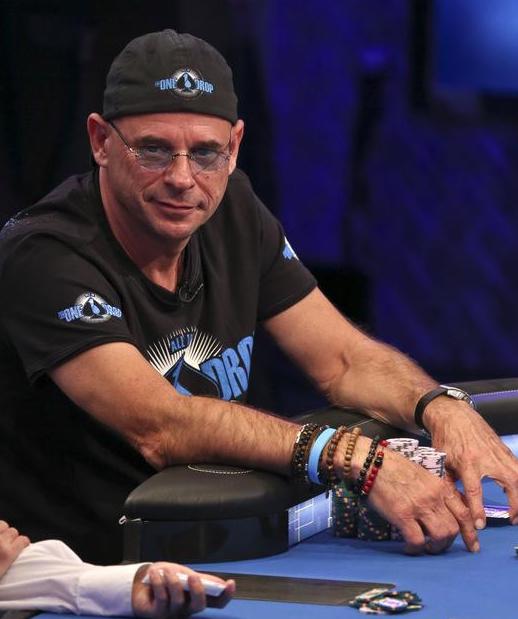 Unfortunately, Laliberté’s kindness wasn’t reciprocated later in the virtual felt as he became one of the main targets for big-name pros on Full Tilt Poker, but we’ll come back to that topic in a minute.

Big One for One Drop: The Biggest Poker Tournament In
History

In addition to
being a poker enthusiast, Laliberté has always been a philanthropist.

So in 2011, he
decided to bring the two passions together and created the Big One for One
Drop, a $1 million WSOP event, with a portion of the buy-in going towards his
One Drop foundation.

This was before
the time of super high rollers that you see all over today. A million-dollar
tournament was a huge deal, and it naturally attracted some of the biggest
names in the industry.

In the end, 48
players put up the $1 million buy-in, including Laliberté himself. The Canadian
made it to the final table but eventually busted in fifth for $1.8 million.

The winner,
Antonio “The Magician” Esfandiari, took home over $18 million.

Since then, the
Big One for One Drop took place a few more times, but Laliberté wasn’t
particularly thrilled by the fact it was riddled with pros.

In his mind,
this tournament was supposed to be a fun event for rich people who wanted to
support a valid charity.

So, in 2016, he
decided to move the event to Europe, setting up the Monte-Carlo One Drop
Extravaganza.

This one was
targeted at recreational players who were allowed to have professional coaches
they could consult at any time they weren’t involved in a hand.

Despite the
lofty buy-in of €1 million , unlimited reentries were also allowed until the
start of Day 2.

The tournament
drew in 28 entries (including two reentries), so it wasn’t a massive turnout but
still a fun experience.

The Guy Laliberté
poker saga took an ugly turn when the billionaire became more involved with
online action. This was around the same time he started to play in live
high-stakes games, and he was mostly active on Full Tilt.

No one can say
for sure how much money Laliberté lost playing on the virtual felt as he’s
believed to have had multiple aliases. The estimated number is over $30 million.

Over a few
years, the Canadian tried to change his online identity to avoid the
high-stakes pros who were following him around like sharks. His strategies
didn’t work, though, as they would always find him.

Laliberté online exploits ended with Black Friday and he disappeared from the online poker world for a while.

Then, in 2014,
he gave an interview for Journal de Montreal, in which he stated that he lost a
lot of money playing on Full Tilt but felt he was cheated.

He said that FT pros, the likes of Phil Ivey, Tom Dwan, and even David Benyamine, essentially had access to unlimited bankrolls provided by the room, which allowed them to play without any concerns.

These
accusations created a lot of fuss in the poker community.

Some sided with Laliberté,
while others claimed that even if his accusations were true, it didn’t matter
because they did end up beating him, playing the game the way it was supposed
to be played.

Regardless of
how you decide to interpret the situation, it clearly put Laliberté off online poker.

Perhaps it was
an expensive lesson if his losses really do amount to over $30 million, but
given Laliberté’s net worth, it was the kind of swing he could still handle.

You could say that the Canadian was the ultimate whale who happily gave away his money for the privilege to compete against the best. After all, that’s how the poker economy works.

At the same time, though, poker skills aren’t the only thing that matters.

If Laliberté felt
he was getting cheated and if that put him off playing, those who profited off
of him the most let the proverbial fish off the hook.

After all, he
personally knew most of the pros he played online. He gave Benyamine that huge
break several years ago.

And after all
that, they had no problems hunting him down at the tables and doing whatever
they could to squeeze every single cent.

You could say
poker is a brutal game at times and that’s just how it is, but you can’t
completely remove the human factor, either.

This behavior
caused Laliberté to stop playing online – hardly the outcome the pros wanted to
see.

Where Is Guy Laliberte Today?

In recent years,
Laliberté hasn’t been very active in the poker world.

It was probably the sum of all things that happened that turned the billionaire away from the idea of poker and towards other things.

He probably still plays on occasion, but his Hendon Mob is showing no recorded results past 2012.

He kept 10
percent in Cirque du Soleil until 2020, at which point he sold his remaining
shares and turned completely to his new ventures.

One of these is
Lune Rogue, a company he set up in 2017 to support various arts, entertainment,
and technology projects.

In 2019, the entrepeneur’s name appeared in the news when he was detained for growing marijuana on his private island, which he said was just for personal use.

Guy Laliberté continues
to pursue his passions, and he’s keeping his entrepreneurial and philanthropic
spirit alive. This is hardly a surprise given the background of a man who came
from nothing and built a global empire of sorts.

But the real
question is: Will we see Guy Laliberté take a more prominent role in the poker
world once again?

While I have no
mind-reading abilities and didn’t have a chance to talk to the man himself, it
seems highly unlikely given everything he said over the years.

There is this
feeling that Laliberté was really disappointed by poker as a whole and the
high-stakes community he was a part of for a few years.

Perhaps his
expectations were too high. For better or for worse, poker players don’t cut others
much slack and they’ll take the edge wherever they can find it.

That’s just the nature of the beast!